Skip to content
Stories > Essays
This entry is part 2 of 12 in the series The Don Hallock Collection
Reading Time: 4 minutes 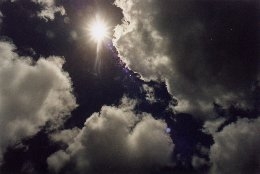 “There you stood, on the edge of your feather, …. expecting to fly.”

Well, we’ve shared in one hell of an affair! And if the events of the year 2000 are any indication, the romance is very far from over.

For many of us, the feather’s edge came early in our lives and our careers, during a magical time spent together in sunless rooms rehearsing flight. Perhaps we knew, though I fancy not as clearly then, that we were building an important part of the cultural foundation from which the soul of our society takes wings. Elements of that ideal had been and were being enunciated in those germinating years, but likely none of us could really have imagined how grand an edifice it was destined to become. And given a perpetuation of the spirit which dictates that ” … ideas have merit …,” we’ll likewise be amazed, in decades yet to come, at how our dreams and labors have birthed the future.

Those of us who began our careers together did indeed expect to fly … and fly we did. Together, we forged our various chariots of fire — sometimes more driven by, than driving, them. Blessed few of us have crashed, though on occasion, having flown a bit too near the sun on underfunded or ill-imagined wings, we may have come away a little singed. A reassuring number are still on the road, though, and have laid down impressive track records.

Our feather, WGBH, was never just a workplace … and still appears to be far more than that. To call that place a way of life might over dramatize a bit, but not by much. Major strata of our lives, daily and over time, have revolved around our doings there.

In this room much of what came to be known as Public Television first appeared. And in the room next door the same transpired for radio. Those who labored here strove to equal, and surpass, the best that broadcast media had to offer.

It was a place where dreams were dreamed … and many more were born, or made their way beyond this room, than ever found their way through the transmitter, or onto film or tape. The entire industry has been influenced by things that happened here and by the people who made those things take place. It was the genesis of waters still running strong.

And what has the rest of the broadcast world taken to itself from our tradition? Far more than many in the business realize, for the nature of our contribution has been not only the spectacular and concrete, but a broad array of essential intangibles. Amongst them: an insistence on quality of product and an abiding belief in the intelligence of our audience; an insatiable curiosity about our world and the understanding that knowledge is liberating and uplifting; a celebration of diversity and a respect for differing paradigms; an appetite for penetrating insight and for truth (flattering or otherwise).

Our tradition dictates that the world consists of more than simply titillation, and promotes a deep concern for preservation and dissemination of the best that human beings are, and the best they have accomplished. Our self-maintained freedom from the constraints of commercialism and “bottom line” thinking, while costly in pursuit of creativity and excellence, has insured a remarkable purity of output. An automatic byproduct of that independence has been a very special stubbornness, developed through fashioning multitudes of silken purses from little more than fantasies and gaffer’s tape. There’s more included in that legacy, of course, but by most criteria, any breed of intelligent media owes some of its virtue to these standards set by Educational, and later Public, Broadcasting. This could not have come to pass without the people and the spirit that nursed it into being.

For we more “mature” alumni, recorded media have ushered into our experience a strange and paradoxical anomaly. When we listen to and view today’s Public Broadcasting offerings, and especially the WGBH product, we are in a very real sense partaking of, displaced in time, our own legacy. In each hour spent with that programming we’re the beneficiaries of our own good works.

Beside and beneath the obvious pleasure of working together, old and young, we’ve shared a deep and abiding belief in the mission of Public Broadcasting. If we’ve found ourselves in disagreement, that has more often been, I feel, only over how that mission was to be best realized.

When television and radio cease to be recognizable as such (a process of transmogrification which is even now underway) Public Broadcasting, and the legacy of WGBH, will live on, though possibly not as such, and in forms increasingly more difficult to recognize. That’s, of course, because public media is more than just a thing. Beyond a philosophy even, it’s a paradigm — a way of experiencing and enriching the world and life.

In the words of one alumnus (and reflecting the sentiments of virtually every other I’ve had the recent pleasure of communicating with) it is reassuring to know that “the ‘GBH magic was not a fantasy.”

The opportunity to create this Web site has been an extraordinary gift. I was going to keep it simple, but happily I failed at that. And the response from all who’ve visited, supported and contributed to the effort has been profoundly touching — a literal embarrassment of riches. I’m deeply grateful for the privilege of knowing, and growing with, each and every one of you.

If you haven’t guessed by now, I’ve been nursing this page for quite a long time — and here’s the reason why. Rarely do we get the chance to render thanks to large groups of the people who’ve been important to us … all at once. In this case, it’s one of the web-producer’s perks — and he’s hereby claiming the option.

So consider yourself roundly and collectively thanked. His gratitude at having known you all, and shared with each, is deeper and broader than he can calculate. It’s the kind of thing that makes a life worthwhile.

You are a living blessing … and don’t you forget it.