The Zebra Lounge will be remembered by those who frequented it, as a rather ordinary, dimly lit, smoke-filled watering-hole on the corner of Massachusetts Avenue and Beacon Street. Today it’s known as The Crossroads.

For years, in the late ’50s, the Zebra served as an after-work hangout for Boston University scholars and WGBH studio staff. Countless hours (and dollars) were spent there, discussing everything from sunburns, low pay and wild new project ideas, to the philosophical underpinnings of Michelangelo Antonioni’s early films.

Everything about the place has changed. The decor is “Irish Tavern” rather than bland and plastic “Piano Lounge.” The clientele is a somewhat more rebellious crowd of college students, instead of the former mix of hard-bitten educational broadcasters, moon-eyed lovers and middle-aged lushes. The corner tables near the door that hosted these late-nightly confabs of 10 to 25 people are gone, that space being now occupied by a stairway to the new second level. 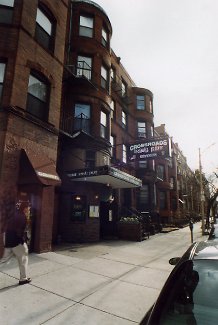 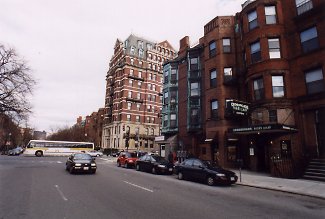 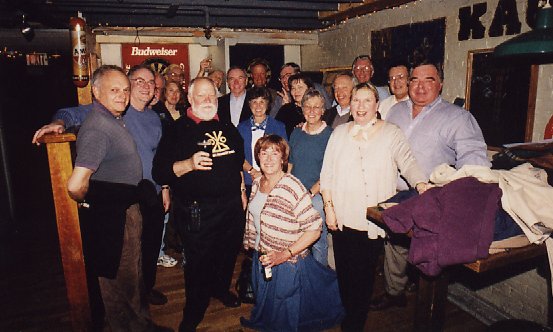 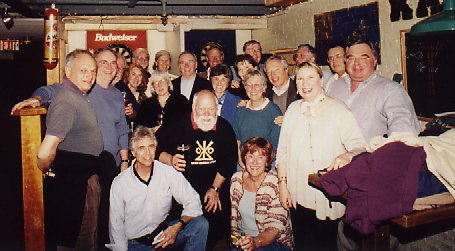 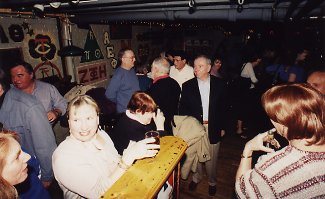 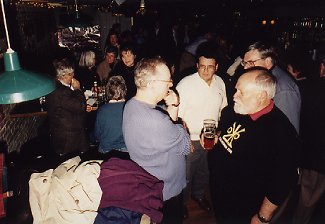 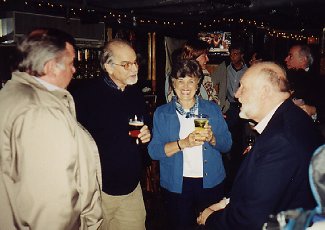 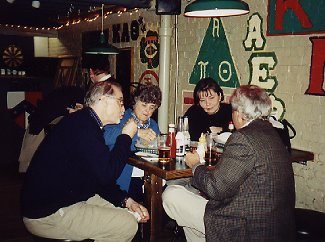 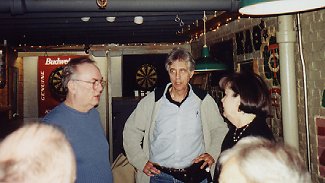 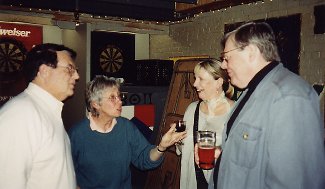 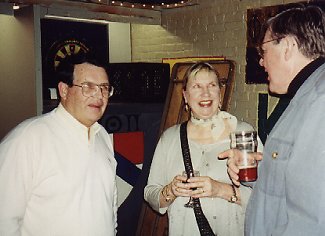 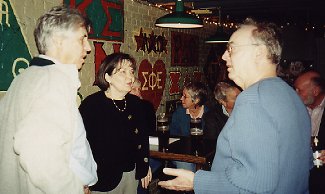 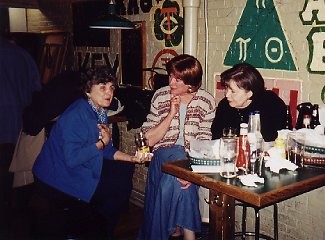 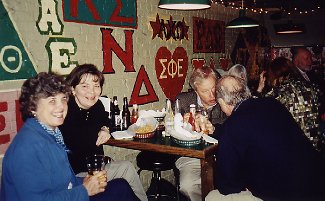 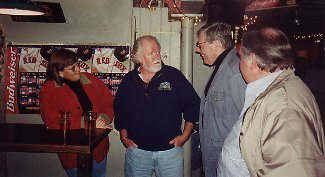 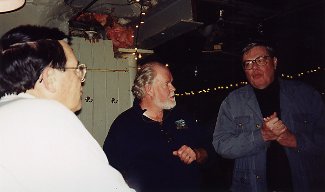 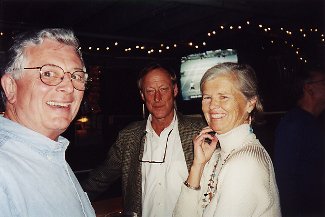 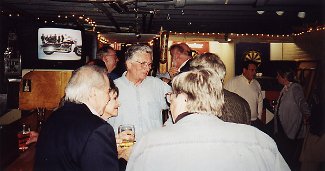 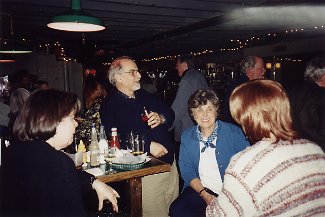 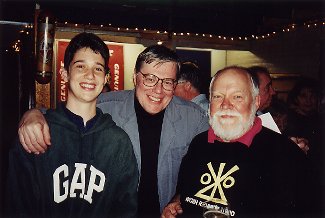 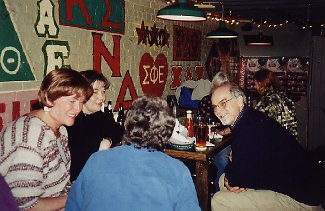 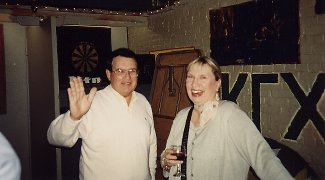 All photos by Sean Hallock; except 36, by Don Hallock 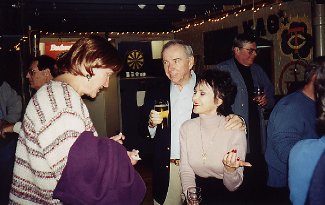 39. With Judy Osborne and Steve Rogers is Steve’s wife Sara, who also is absent from the group picture. 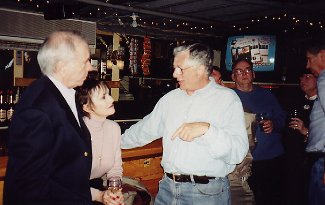 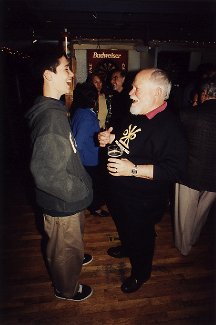 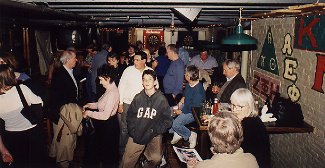 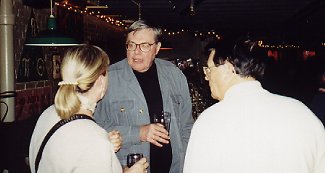 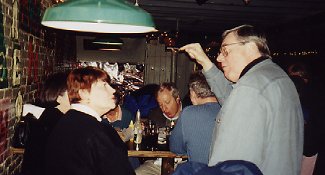 46. And here is Bobbi McGrath (also not shown with the group) in conversation with the inimitable Fred Barzyk. 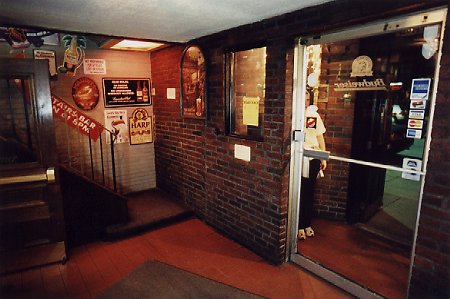 47. The “corner booth” is no longer here, displaced by a staircase to the new second level. Only the little window above it remains – and perhaps a few ghostly snippets of conversation drifting around up in the corners.