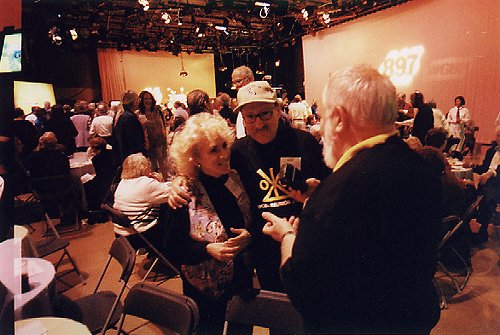 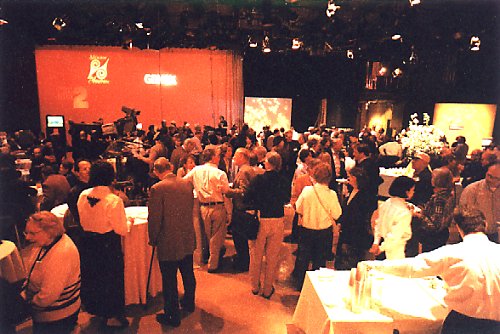 And so it happened, for about 9 hours on a Saturday, April 4th 2000, that 53 years of WGBHers had the opportunity to reconnect with each other and reaffirm their friendship, their shared history, and their dedication to public broadcasting and enlightened media. 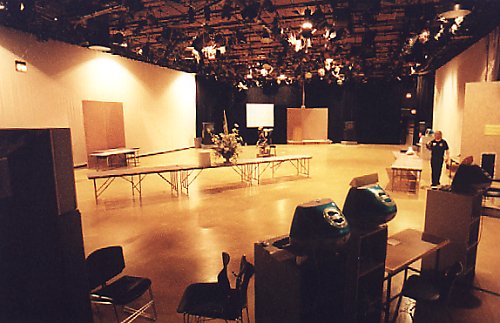 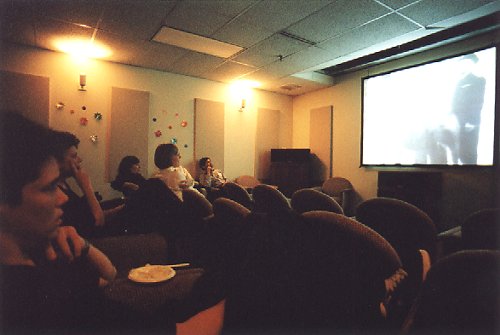 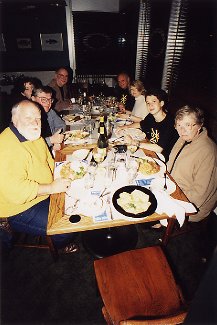 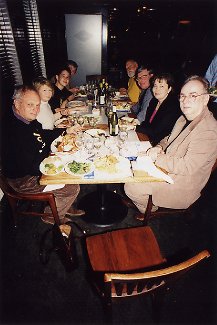 And later still, at Legal Seafood in Kendall Square, several groups of celebrants finished off the evening with somewhat more intimate gatherings. This is only one of three tables, seen from both ends (we don’t have pictures of the others). It includes, from the left of the left hand photo: Brooks Leffler, Fred Barzyk, Ruth Barzyk, Tom McGrath, (where’s Bobbi McGrath?), Al Kelman, Janice Kelman, Sean Hallock and Gretchen Leffler. 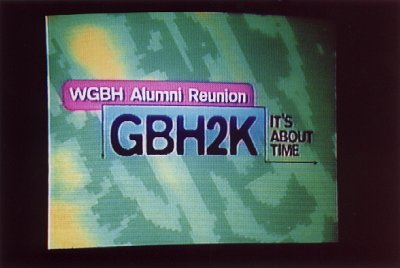 All photos this page: Don Hallock