From Don Hallock: Those irrepressible mold-breakers and trend-setters, the group whose former yearly gatherings inspired the WGBH Reunion 2000, the Boston University Scholars Crew of 1958 are, as you read this, planning their next event. 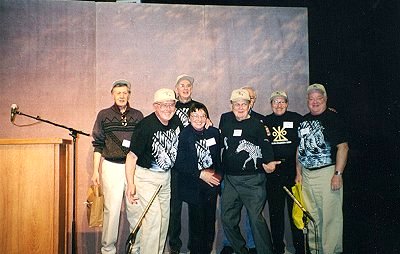 When: Starts Friday night, October 19, 2001. Ends on Monday morning, October 22 when we take our leave until the next reunion. Some folks are leaving Sunday a.m. Emotional events like this can be tiring for seniors.

Where: Charleston, SC. Ed Donlon lives there and is the resident host. Folks will be staying at a hotel called Vendue in Charleston’s historic area.

Are we in a time warp out of the Twilight Zone?

Why should this group continue to be eager to gather?

Moreover, our wives love it.

Given all of the above, I think the Class of ’58 was enchanted.

Yeah, I believe it. I really do.