John Musilli was one of the original ten in the Scholars ’58 crew arriving in Boston in June, 1957. Fresh from graduation at Seton Hall University, this Paterson, New Jersey, native was one of the best-prepared and most-talented production people ever to climb the stairs at 84 Massachusetts Avenue. 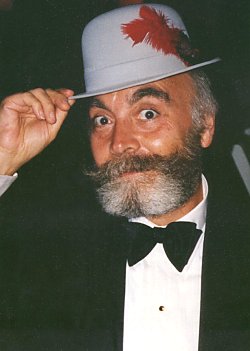 John was in love with his childhood sweetheart Linda Antonucci. He raced to his Ford coupe every Friday night after signoff at 10:30 or so. He headed straight home, making New Jersey, he claimed, in three hours and forty-five minutes, smoking his trademark Luckies all the way. Those were the days when the Mass Pike was brand new and relatively empty. John was back in class or studio early Monday. When had he slept?

John and I were roommates at 414 Beacon Street in the boarding house of Mrs. Molz, heavily populated by MIT grad students. I remember watching the first Sputnik one night from the roof of the house along with the techies.

I recall John’s projects while at BU, including a 16mm commercial he produced about TIME Magazine. His master’s degree was delayed a year, because he couldn’t get to his thesis. Paperwork wasn’t his passion. His mother begged me to convince him to complete it. John found a topic that really appealed to him. He came through with an analysis of the CBS Color System, which at that time was in direct competition for government approval with the NBC system. NBC eventually won out, but John declared up until his death that the CBS system would have been better!

At WGBH, John’s special weekly project was to produce and direct “The Film Critic” with Professor Norman Holland of MIT. John always found a unique way for Norman to introduce that week’s film. For example, for the submarine movie “Run Silent, Run Deep,” John submerged (via superimposition) Norman in a fish tank.

When John left Boston in the summer of 1958, he moved right into a production assistant job at WCBS-TV, channel 2 in New York, quickly becoming indispensable as a director there, doing everything from news to sports and cultural programming. He worked for years with football star Frank Gifford, who anchored the nightly sports review program.

His major achievement at WCBS-TV was the weekly production and direction of perhaps the most distinguished local cultural program ever produced, “Camera Three.” This half-hour show lasted from the fifties through the eighties, focusing on all the arts including jazz, classical music, ballet, film, and theater. John and his partner, writer-producer Stephan Chodorov, saved the entire library of shows when the series ended in the early 80’s, bought and preserved the tapes, and continued the tradition for public television in the form of series and specials. All of the shows still exist, and that library is a great repository for television and film producers everywhere.

After CBS, John and Stephan first had offices in the former Met Life building on Madison Square. When I eat at the new restaurants Tabla or Eleven Mad Park now installed in the building’s art deco lobby and bank offices, I think of John’s spirit directly above. In the final years of the company, John and Stephan moved their offices to Greenwich, Connecticut.

John did free-lance work, too, and once directed a pilot I was producing hosted by then Mets star pitcher Tom Seaver and his wife Nancy.

John and Stephan’s “In Performance at the White House” specials and other programs used during fund-raising pledge weeks in public television were brilliant and set the standards for similar shows to follow.

One of the most intriguing specials they ever did was a biography of Mario Lanza, with its unusual outlook on the circumstances of the great tenor’s bizarre death.

When Paulette and I were married in 1988, John and Linda provided a special celebration for us, dinner and dancing at the Rainbow Room, one of John’s favorite spots, atop 30 Rockefeller Plaza. It was a wonderful evening, and especially memorable because of John’s generosity and affection.

I last saw John and Linda at their Florida winter home in Vero Beach in the summer of 1991. We ate pastrami sandwiches and drank pina coladas that long warm afternoon, talking about our halcyon days. He was so cheerful for a man who knew his days were numbered.

I know that Vic Washevich and I miss those occasional New York lunches we shared with John, and the phone conversations which inevitably began “You fool!” And all of us from Scholars ’58 — Jean Brady Moscone Jolly, Don Mallinson, Stew White, Ed Donlon, Bill and Vic -— recall him with fondness and admiration.