Eighty-four Massachusetts Avenue on the fateful morning of October 14, 1961 when "it all changed." 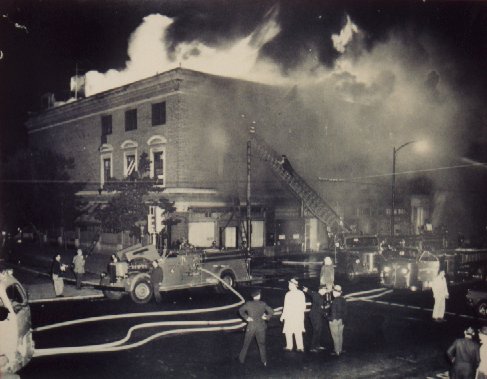 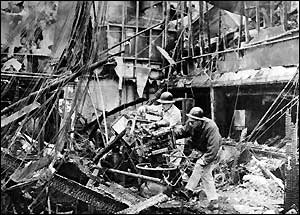 Early that day, most of us were deputized to paw through the acrid wreckage in search of anything valuable. There was very little.

At the time, the fire was reported to have started in the scene dock directly behind studio B — later, studio A was identified as its place of origin.

Inside the studios, the heat was so intense that most of the equipment made of aluminum (such as microphone booms) virtually evaporated. The control room windows had simply melted, leaving glass in hardened streams "dripping" down the charred walls, and in lumpy pools on the floors.

The blaze brought an abrupt conclusion to a place and time that is still remembered by many as a watershed experience.