Each year, the entire station crew taped a Christmas Show sending up anything and everything, anyone and everyone. The tapes were shown at the WGBH Christmas parties. 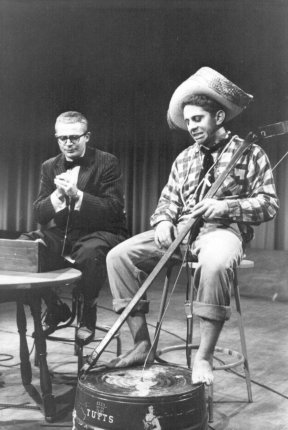 This shot of Frank Vento was taken when our class had to put on a Christmas show in 1957.

With Frank is someone named Jerry Michaels. He was part of our class, but left before the year was out. 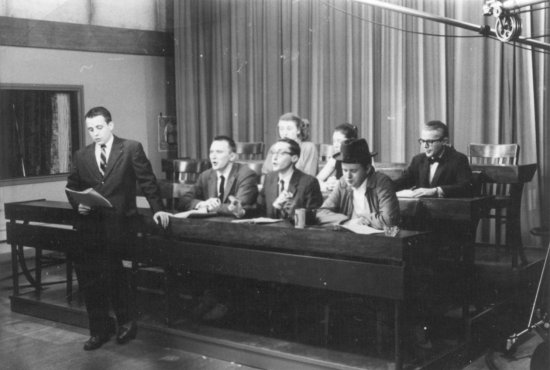 The guy standing was one of the original ten from the 1958 BU group, but dropped out. He’s not Stew White (so who is he?).

Back row: The station’s after hours receptionist (left), an unidentified friend/performer and last, Jerry Michaels. 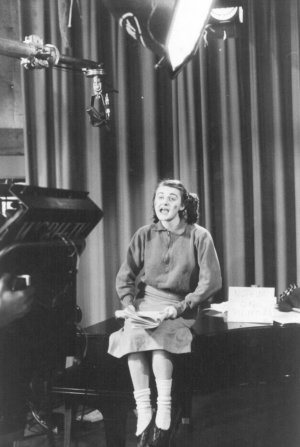 Who was this girl? She was at the station every evening acting as receptionist for any talent that might chance to come in. She was a neat girl who wanted to be close to show biz, and she became a friend of our group. Here’s a picture of her performing at our Christmas show.

Do you recall her name?