Skip to content
Multimedia > Audio
This entry is part 7 of 12 in the series The Don Hallock Collection
Reading Time: 5 minutes

This tape was shot in the temporary studio at the Boston Museum of Science. It was intended as an in-house training tool, primarily for new BU student interns. It puroprted to be a catalog of many of the most frequently perpetrated production errors portrayed in comic relief. Response at the April reunion suggested that it was at least moderately successful in the humor department. 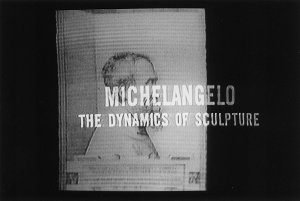 Now the titles are centered, but the super is too weak so that Ginny Kassel’s credit is almost invisible…. 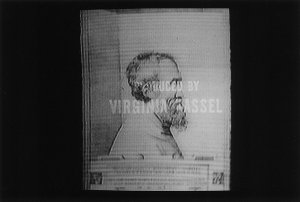 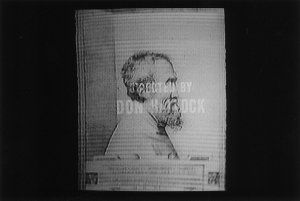 The dissolve to camera 2 is successful — but the floor manager is standing way off camera right. Poor Russel has to crane his neck to see his cue, and for a long moment we wonder what on earth he is looking at. 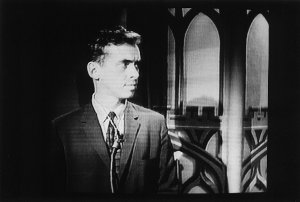 Russel begins, but with plenty of studio background noise (headset conversations and hand jewelry on pedestal rings). He is soon slowing down, speeding up and generally stumbling over his lines due to a deficit in the Teleprompter operator’s attention-span. 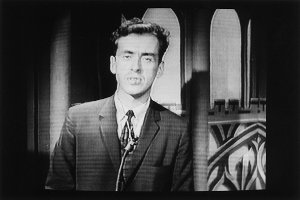 
And what’s this? Is Russel sporting a split lip? The rumor around the studio was a highly unlikely story about his having gotten into a bar room brawl. The other, more credible, explanation was that he had slipped in the snow and landed on his face.

At last, we’re in the groove. But no. There’s too much head-room, a serious light flare in the upper right corner and Russel has “gone soft” again. 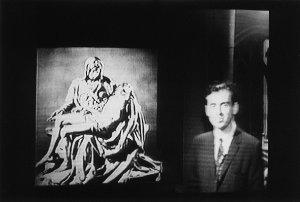 Here’s the classic case of being in sharp focus — on the scenery. 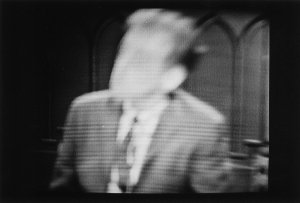 Compounding the indignity of a slide badly mounted and scratched, a ghostly and enigmatic figure passess between the Cellomatic projector and the rear screen. 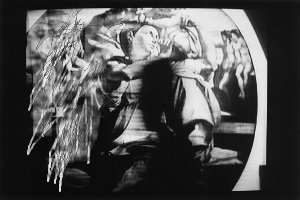 And….ooops! The boom operator was asleep at the wheel. Russel and George Spelvin (who was he really?) rise and nearly collide with the mic. 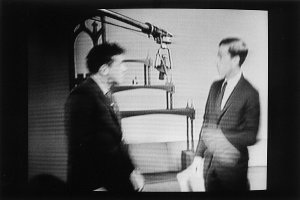 
The unkindest — and funniest — cut of all dosen’t show clearly on the tape. The sound track, however, betrays the stage manager scurrying to get out of the way as Russel and George move camera right to examine a priceless piece of sculpture. In his rush, stage manager, Steve Gilford, upsets it’s pedestal, sending the porcelain ducky crashing to the floor. As much of a hoot as this was, the spoof proved precognitive, as some years later, at the Museum of Fine Arts, a genuine, ancient, Egyptian marble statue was similarly atomized by poor Greg McDonald’s otherwise impeccable camera craftsmanship.

The inquisitorial voice of someone we think is Bill Lenz, impersonating “the director,” takes each crew member to task for their errors, and elicits explanations for, and solutions to, the mistakes.

A thoroughly humiliated Steve Gilford cops a guilty plea to every production crime from bad cueing to visible spike-marks and camera cables, going off headsets, misplacing furniture and destroying priceless objects of art. He promises better conduct in the take. 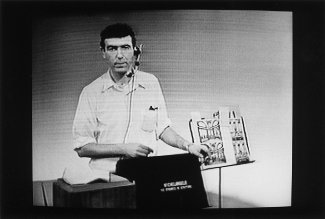 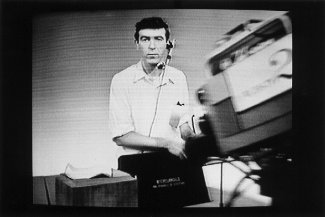 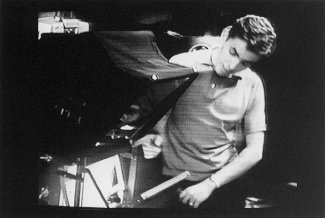 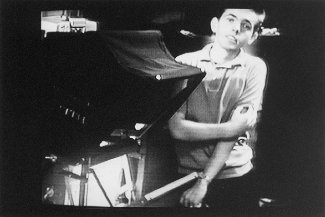 Camera 1, Mark Stevens, catches hell for excessive headroom, jerky dollies (caused by yet another stage manager screw-up — Gilford standing on the camera cable), on-air lens-flips and shooting off the set as a result of running into the boom wheel while dollying back. More promises. (Catch the aluminum foil viewfinder shade.) 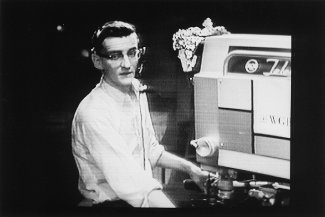 The Cellomatic projectionist (who we can’t identify just now) acknowledges slides left over from other shows, a picture which probably fell on the floor and got stepped on and not stopping crew members from crossing behind the rear screen — on the air. 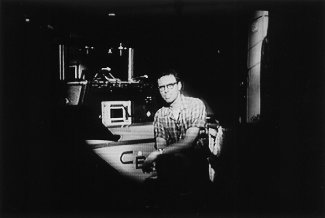 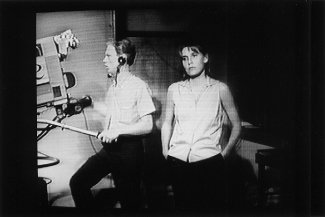 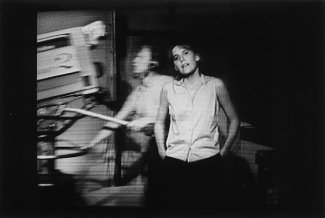 Linda Hepler (later Linda Tucker), the switcher, comments on mis-takes (thought she was cutting in the dead-row), poor handling of the faders and not checking the title slides before the run-through.

(A touchingly youthful) Peter Hoving on camera 2 promises not to keystone the visuals, and rehearses an in-focus ZOOM. 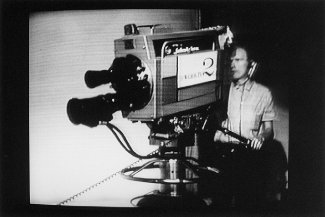 Our unnamed boom operator apologizes for locking down the boom and then relaxing on a stool. He asks for a monitor so that he can check his microphone height. And the “director” encourages better workmanship in the dress rehearsal. 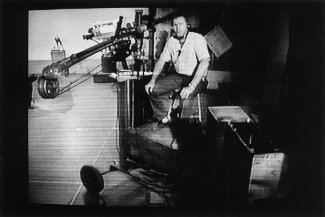 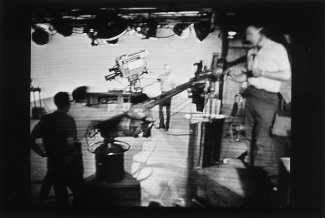 The closing credits bore the names of a few other friends who didn’t show up in the tape. 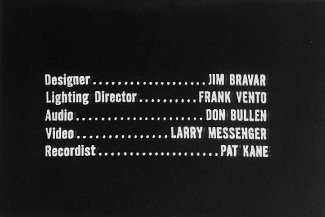 And finally, Russel reads from the gloomy reminiscence of Michelangelo Buonarroti. The famous renaissance artist sounds as if he may have been reflecting on a life spent in broadcasting studios. More likely, however, is that the master’s words simply put voice to Russel’s feelings about years of almost endless emotional stress, writing and performing the weekly MFA television program.