Don Hallock: Thanks to “Rocky” Coe’s persistence in weeding through his collections of old slides, here are some of the best images we have from the first year or two in studio A at 84 Massachusetts Avenue.

We believe they’re from Discovery‘s 1955-56 season, and seem to revolve around pine trees. A Christmas show, perhaps?

Mary Lela Grimes (Sherburne) appears in them all, as well as Rocky Coe himself and Bob Moscone. 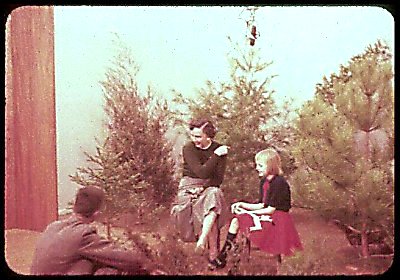 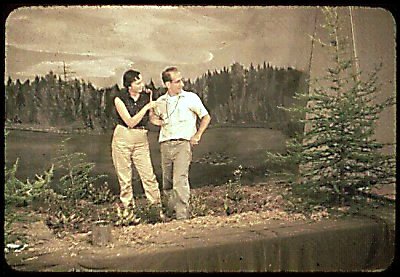 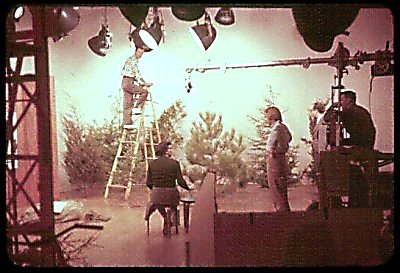 That’s Bob Moscone on the ladder. 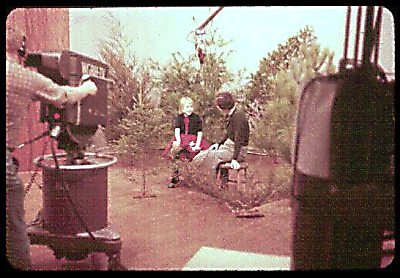 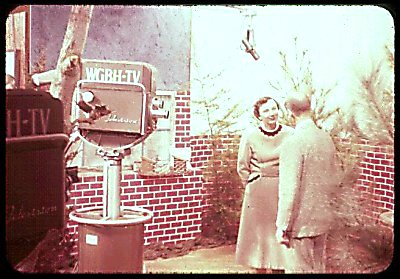 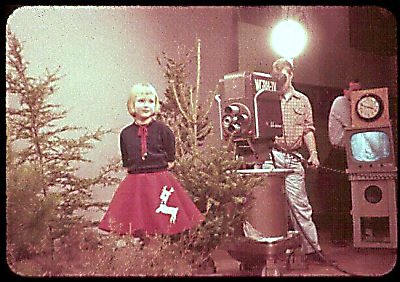 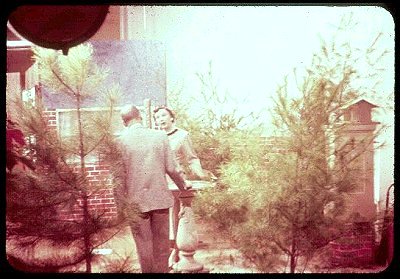 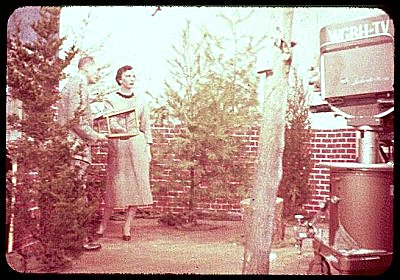 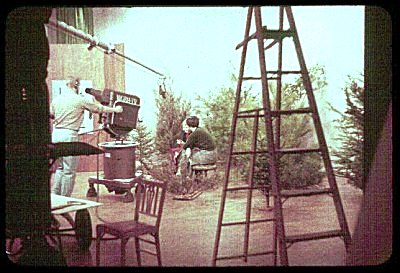 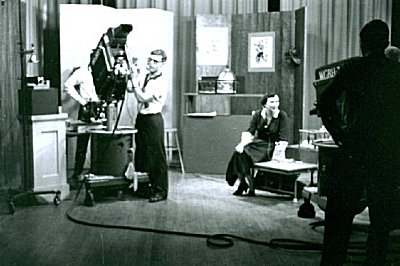 Don Hallock: We strongly suspect the cameraman at the left wearing glasses to be David Dunlap. Dave was a BU scholar and a talented camera operator, who died tragically shortly after leaving WGBH. 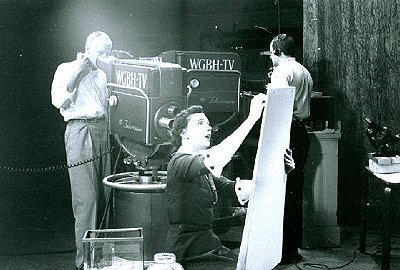 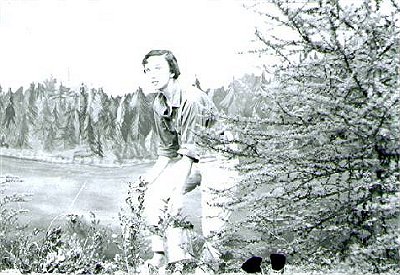 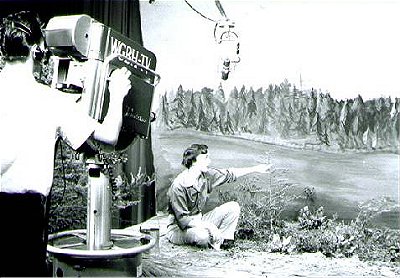 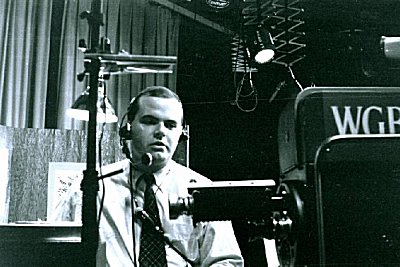 Discovery “Life in a Bog” — Charles W. with close up lens 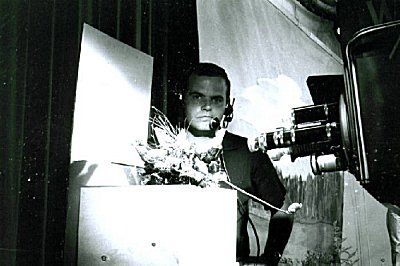 Discovery “Life in a Bog” — Charles W. with close up of plant