The inimitable Hindy lensing a camera at Brandeis University for Prospects of Mankind. (June 1961) 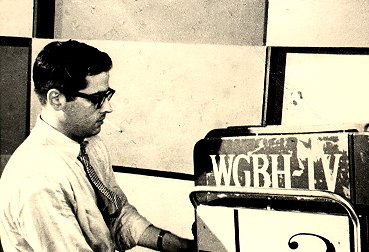 Hindy as the acting film manager, timing tapes in the tape room down in the basement of the Catholic Television Center. (August 10, 1962) 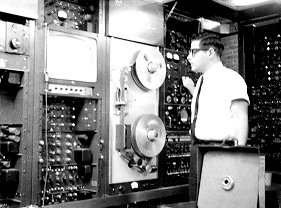 Al says: “This is MIT Science Reporter at the Cambridge Accelerator Lab. Al Potter had to drive the bus down a steep ramp. He was told he could only apply his air brakes so many times after which the bus would be on it’s own. Needless to say, he made it. 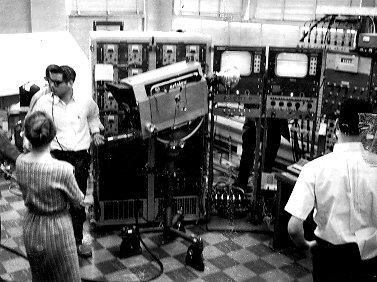 “When it came time for the big demonstration, The lab staff started the accelerator. Just as it came up to speed, someone opened a safety door and shut it down. The lab director wanted to fire the person on the spot.”

The Boston Arts Festival summer 63 or 64. Hindy running an on stage camera. Either the New Orleans Preservation Hall Jazz band or “The World’s Greatest Jazz Band,” from the Newport Jazz Festival. 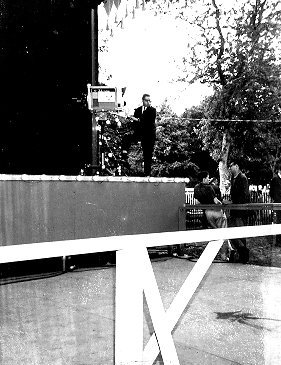 Late at night the staff took to the tables as auctioners. Who’s the stage manager? 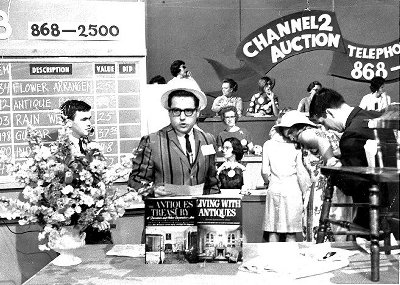