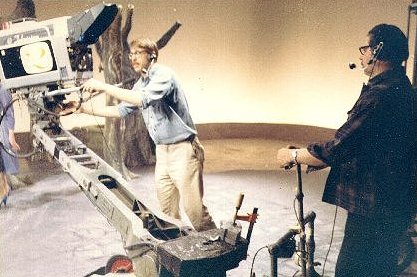 These guys are operating the equally unwieldy (though beloved) Fearless Panoram Dolly, which was modified at the station for the 1959 series A Time to Dance. It was upgraded to a "long-tongue" version from its former "short-tongue" RUB (rather useless behemoth) status.

And two more pictures from the same production. 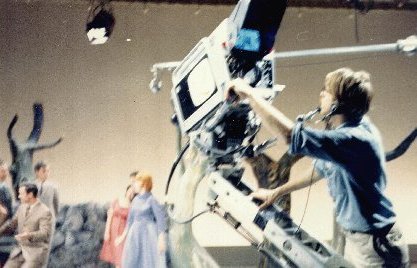 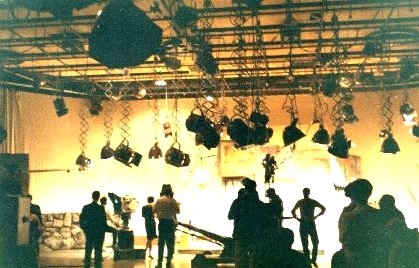