From Jon Abbott and Henry Becton 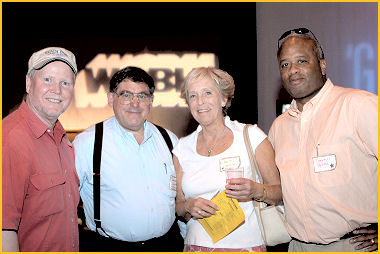 David Liroff (second from left) at the 2006 alumni reunion.

During his 28 years with us David has contributed enormously to WGBH, first as Broadcast Manager, then Television Station Manager, Vice President, and Chief Technology Officer.

Among his many accomplishments David has led WGBH’s transition to digital broadcasting and production; facilitated the technical transition to our new headquarters; created the Media Archives and Preservation Center; created and managed the Audience Research department; established our first professionally-staffed audience and member services department; and shepherded the original ‘pledge-free’ campaign.

David will be here through March 16, and will continue to consult with us on the technical aspects of our Brighton building to assure a smooth transition. We will work closely with David’s senior management team in production services and engineering even as we begin a process to recruit a new Chief Technology Officer for WGBH.

We will look forward to gathering soon for a WGBH send-off for David, thanking him for all of his contributions and teamwork. Please join us in wishing David well!

Posted in QuickNooz, Staff and tagged CPB, David Liroff
← WGBH 25-year Veteran Barbara Carey PassesIn a World All Its Own (1955) →