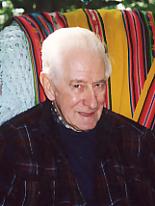 We have received the sad news that longtime WGBH engineer John LaBounty died yesterday at Emerson Hospital in his hometown of Concord, MA.  We learned John had had a massive stroke last week.  I have included the URL detailing service & funeral arrangements.  Please forward this to others who should be included that I may have missed.

Visiting Hours will be at the Dee Funeral Home, 27 Bedford Street, Concord Center this Sunday April 1st from 2 to 4 p.m. and 7 to 9 p.m.  It is requested that contributions in his memory be made to the WGBH Educational Foundation or to Emerson Hospital — the particulars for donations are contained in the announcement.

John  joined WGBH, then just radio, in January of 1952 … He made the move to TV shortly thereafter and served as Video Tape Supervisor and Maintenance Supervisor in his career that spanned 40 years.  Joe Pugliesi, recalls that “in the 1970’s, John assisted in the development of open captioning for the ABC Evening News and then the line 21 closed captioning that we use today”  and that “John worked on the original French Chef series with Julia Child.”

Gordy Mehlman remembered John’s instrumental work on the layout and redesign of the new Master Control at Western Ave. in the 1980’s.  Gordy said “after service in the Coast Guard in WWII John began his long and dedicated career at WGBH… He was a really good maintenance engineer and a really good guy”.

Fortuitously, John was at WGBH in studio A within the last year and his memories of working at the Foundation were recorded by Fred Barzyk for the oral history project.

His many WGBH friends and colleagues remember him fondly as we mourn his passing.