Skip to content
Stories > QuickNooz
This entry is part 4 of 7 in the series The Henry Becton Collection
Reading Time: 2 minutes 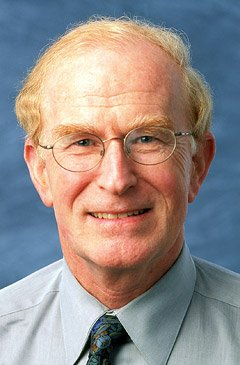 “As the media landscape continues along its rapid rate of change, public media stands out in ever more dramatic contrast,” said Becton, who will be succeeded by Executive Vice President and Chief Operating Officer Jon Abbott. “It is acknowledged for the high quality of its programming on TV, radio and the web, for its dedication to serving audiences as citizens rather than consumers, for its commitment to education and a safe media environment for children, and for its commitment to providing democratic access to culture and information and to strengthening our communities.”

Becton led WGBH during a period of extraordinary growth, setting a national standard for excellence in public media. Under his leadership, WGBH has provided some of television and radio’s best-known programs, including one-third of PBS’s primetime lineup. National series developed under Becton’s leadership include prime-time favorites Nova, Masterpiece Theatre, Mystery!, American Experience, Frontline, Antiques Roadshow; the landmark children’s programs Arthur, Curious George, Zoom and Between the Lions; and public radio’s global news program, The World. Local TV and radio series developed during Becton’s tenure include Greater Boston, La Plaza, Basic Black, Classics in the Morning, Jazz with Eric in the Evening, and A Celtic Sojourn.

As Becton transitions to his new role, an endowed fund has been established in his honor, initiated by a $1 million matching grant from longtime WGBH Trustee and benefactor David Mugar. The Becton Fund will support young producers, per Becton’s request.

“Thanks to Henry’s leadership, WGBH has succeeded by attracting exceptionally creative producers and supplying them with the resources to do their best work. It’s a wonderfully productive formula, and we are all its beneﬁciaries,” Mugar said. “This endowed fund will support future editorial efforts that carry on the excellence that has set the standard for us all.”

During his career, Becton has been honored with a special institutional Peabody and with the Massachusetts Cultural Council’s Commonwealth Award for Institutional Leadership. Becton joined WGBH in 1970 as a producer of cultural programming. In 1978 he was appointed Vice President and General Manager, and he was elected President in 1984. Becton is a trustee of the Boston Museum of Science, an overseer of the New England Aquarium and on the boards of America’s Public Television Stations and Public Radio International. He is past president of the Concord Academy Board of Trustees, former co-chair of the Board of Visitors of the Dimock Community Health Center and a past member of the PBS Board of Directors.