Skip to content
Stories > In the Press
This entry is part 6 of 7 in the series The Henry Becton Collection
Reading Time: < 1 minute 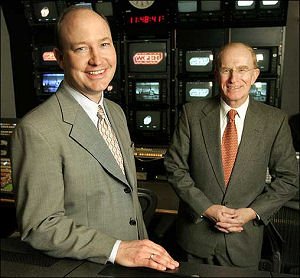 At a December 4 meeting of WGBH staff, longtime President Henry Becton ceremoniously passed the baton to Jon Abbott, who stepped in to the presidency in October after serving as Executive Vice President and COO.

According to Cynthia Broner, their remarks met with a prolonged standing ovation for Henry’s nearly 38 years at WGBH. Henry remains at WGBH part time as Vice Chair of the Board of Trustees as well as senior editorial advisor.