Skip to content
Stories > In the Press
Reading Time: 3 minutes

A new WCRB, and a shrinking classical dial

In a city passionate about classical music, a lot of listeners get their fill by catching the Boston Symphony Orchestra and other programming on the radio…

WGBH purchased WCRB this fall, and there is now significantly less classical music on the airwaves than before the sale. It’s also audible in a smaller listening range. So ironically, one group that has lost big in this saving of a classical music station is the classical listening audience itself.

Let’s be clear: it could have been much worse. WGBH’s $14 million purchase of WCRB was surely the best of the various realistic outcomes for the all-classical-music, all-the-time WCRB, whose parent company had put it up for sale. For Boston to lose its only 24-hour classical music station would have been a major blow to a region that prides itself on the richness of its musical offerings. 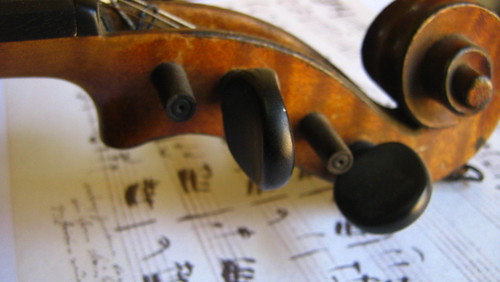 Gentlemen, start your pledge drives: WGBH ramps up its news programming to compete with WBUR

Earlier this month, ’GBH tried to steal a march on market leader ’BUR by rejiggering its weekend schedule. ’BUR rejiggered right back. “I’m not going to let a newcomer into the market and air our critical programming earlier than we do,’’ says a feisty Paul LaCamera, ’BUR’s general manager who formerly ran WCVB-5 television station. “I came out of a competitive commercial broadcasting environment. When someone acts, we respond.’’

“The Emily Rooney Show’’ – Rooney also hosts WGBH’s “Greater Boston’’— will start at noon on Jan. 11 on 89.7 FM. The one-hour show will focus on local news and public affairs and feature a segment called “What are YOU hearing?’’ with commentary from local experts and analysts. It will be followed by “The Callie Crossley Show,’’ which will center on current events and regional arts and culture.

“Emily’s is a today show, responding to what is happening in the moment on any given day,’’ Crossley said. “My show is a these-days show. I might respond in the moment, but I may broaden it out to examine other issues.’’

BOSTON IS indeed a city passionate about classical music, as critic Jeremy Eichler notes (“A new WCRB, and a shrinking classical dial,’’ Living/Arts, Dec. 18). As we begin our stewardship of 99.5 All Classical, we embrace and respect the views of listeners as we launch our initial plans. But we can all agree on one thing: If WGBH had not stepped up to purchase WCRB, Boston would have only seven hours a day of classical music on the radio, instead of the 24 hours a day we have preserved. And those new 24 hours will include all of the unique concert programs of the Boston Symphony Orchestra, including Tanglewood and the Boston Pops, as well as a host of live performances of local and visiting artists from the WGBH studios. As audiences listen to us, we’ll listen to them as we strive to deliver what Eichler suggests, an exciting 21st century classical public radio service.