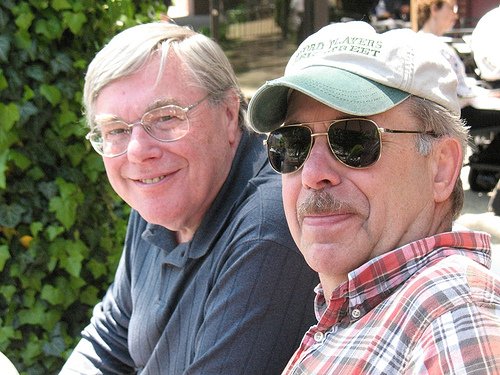 Needing a job fresh out of college in the fall of 1965 I made an alphabetical list of Boston’s TV stations. The first was WBZ. I set out from Woburn, found WBZ and went in looking for work. They said they might start me in the mail room. I was devastated. I had four years of TV production experience at two commercial stations, one educational station, and one closed circuit facility in Maine.

I wanted to go home and sulk but next on the list was WGBH which was close by on Western Avenue, Allston. The operator in the lobby asked me to wait then Al Potter appeared. We interviewed in his office near the studio and he must have given me a tour. They had, as I remember, ten black and white cameras distributed among the three studios and mobile unit. In Maine TV I had never seen more than two studio cameras in one station. Impressive and scary.

Al told me to come back after lunch to interview with Greg Harney. Greg hired me as a lighting director after asking me if I knew what a key light and a back light was. I did … because I’d read it in a book recently. (In Maine we named our pets but not our lights.) I started two days later on the crew, mostly hanging lights up at the grid on an Eco Lift, terrified of heights but never saying so. In a few weeks they discovered I knew how to run camera so the only event I ever lighted was the Christmas party that year. Red and Green.

In 1967 Al called me into his office and told me they needed a director and that I was it. As a cameraman I had watched closely the stable of directors at GBH and was convinced I could do a better job than any of them. I had lots of ideas, especially during a show as they went from shot to shot.

Sitting in front of the monitor wall in the studio A control room on my first directing assignment I immediately forgot everything. I could barely stammer “take 2”.

But I survived. Not everyone did.