(Found in the Jeremy Brett archive.) It’s been said she has the best job in television. She jets to Europe several times a year — to London, Cannes and occasionally Italy. She hobnobs in New York with powerful oil magnates. She makes critical programming decisions which determine what millions of Americans watch each year. She is respected for her good taste, her commitment to excellence and unwavering belief in television’s leadership role. She has no less than a dozen Emmys to her credit.

She is Joan Sullivan Wilson, the executive producer of public television’s “Masterpiece Theatre” which celebrates its 10th anniversary this season, having become something of an American institution with a British accent.

In her small, cramped office at WGBH in Boston, Wilson chatted at length about “Masterpiece Theatre,” pausing for occasional references to other British series she has produced – notably “Classic Theatre,” “Piccadilly Circus” and “Mystery!” (now in its second season). Seated in a handsome chair from the “Pride and Prejudice” set, sipping tea with milk, she was alternately candid and coy, engaging and elusive, with a touch of the flake about her.

“I really believe in public television. I love what I do. There is a family feeling here at WGBH. I rarely take vacations because Masterpiece Theatre’ is an ongoing thing. I suppose I’m a workaholic by conscious choice. We are all lonely. But work is the most constructive escape for our universal loneliness,” she said.

Wilson is not easily given to panic. She appeared calm, for example, in the face of this week’s announcement that her special arrangement with the British Broadcasting Corp. is now threatened by a well-heeled American competitor.

A new cable network called Bluebird had entered into a 10-year, multimillion dollar agreement with British Broadcasting Corp., heretofore a key supplier of shows for “Masterpiece Theatre.” Wilson seemed philosophical, even magnanimous, about this potentially serious threat to her baby. 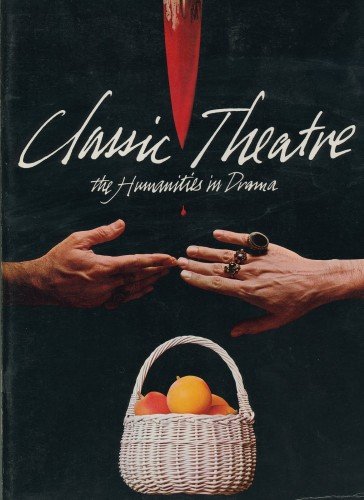 “I’m not surprised, threatened or worried,” she said. “I am confident Masterpiece Theatre’ will be around, if I can survive all the phone calls. The fact there are four new cultural cable networks (ABC, CBS, Bravo, and now Bluebird) means that others are recognizing the original mandate of public television. If there is more quality television then I can only feel stimulated.”

Actually, Wilson did not originate “Masterpiece Theatre” which was an outgrowth of “The Forsyte Saga,” the popular British serial that aired on public television in 1969. Nor was she the show’s first producer – that honor was Christopher Sarson’s, the creator of “Zoom.” But since becoming the series’ producer in 1973, Wilson has been the guiding light of “Masterpiece Theatre.” She’s led the show through financial crises, production problems, union hassles and occasional public controversies, while establishing it as a fixture on the television scene.

Wilson screens more than 600 hours of potential programming a year from the British Broadcasting Co., Thames Productions and other British producers. Perhaps her most impressive triumph was spotting and acquiring “I, Claudius.”

She also enjoys producing the “wraparounds” for “Masterpiece Theatre” – the opening and closing essays written and delivered each week by the series’ aristocratic host Alistair Cooke. Wilson had nothing but praise for the man who writes those exquisitely honed pieces which frame each show. “Alistair is one of a kind – a first-rate performer as well as a seasoned, experienced and wise gentleman.

“I fly down to New York and discuss the upcoming scripts with him,” she said. “We sit in his living room, laugh a lot and have a good time. I give him my woman’s point of view and may make a few minor changes in his final copy.” For his part, Cooke makes regular trips to Boston for his tapings at the WGBH studios.

Perhaps stung by persistent criticism that “Masterpiece Theatre” is, well, too British, Wilson enjoys pointing out that Cooke – the quintessential English gentleman – is now an American citizen. “He is very Americanized – his wonderful manners are British, but he is American in his wit and perspective. Did you know that he is one of only three Americans ever knighted by the queen?,” she asked.

Still, Wilson is not unmindful of the cultural differences between England and America. Not every British production “travels well,” as she puts it. Accents may pose a problem, with thick Scottish rhythms and rapid speech particularly nettlesome. Different attitudes toward sexual taboos can also influence a series choice.

Wilson passed up a popular British series which examined the personal life of James Barrie who happened to be attracted to young boys. “My English friends loved it. I told them I didn’t think Americans would be as captivated by the passionate, darker side of James Barrie. I told them our Mickey Mouse is your Peter Pan. I prefer my Peter Pan as Mary Martin flying through the air.”

Wilson also steers clear of British material which she finds sexually exploitive of women. Finding many modern British plays “so sexist,” she said: “I went to one musical called ‘Privates on Parade’ thinking it was about soldiers. There is also a voyeuristic streak in British drama. I rejected one series about a boys’ school which had whole scenes about sexual escapades to the point of utter boredom.”

One of her most sensitive responsibilities involves her role as a censor – trying to balance England’s greater tolerance for explicit sex and violence against this country’s more ingrained conservatism. To date, the record shows she has exercised this power with admirable restraint, even managing to break new ground in terms of what American traffic patterns will bear.

More often than not, she functions as a tough but discerning editor – occasionally pruning to sharpen a storyline or heighten dramatic impact. The largest incision she ever made was to throw out 13 of the first 26 original episodes of “Upstairs, Downstairs,” reasoning the plots were repetitious and the performances not strong enough.

Explaining her success, she said: “I’m good at administrative work. It may have something to do with my being a woman. Young girls of my generation learned to do the nitty gritty work, to follow through, to be thorough.”

Wilson’s personal life is anything but conventional. Her official “bio” lists her as “a Scorpio born in Wisconsin.” A believer in the occult, her black Mustang parked on the grounds of the WGBH parking lot bears a plate that reads “WITCH.”

She has been married three times (“four, if you count another relationship that was never formalized”) and has two children – Caleb who was graduated from Grinnell College this year and Rebekah who attends Marblehead High School.

Since 1977, she has been married to Jeremy Brett, a handsome English actor who has appeared on “Classic Theatre,” “Masterpiece Theatre” and was the host of “Piccadilly Circus.” The two actually met in London during some on-location shooting for “Classic Theatre.” According to Wilson, it was love at first take. “My audio man put together a video cassette and you could see the chemistry.” In this country, he has appeared on shows such as “The Incredible Hulk” and “Hart to Hart.”

If, as Wilson believes, most good marriages include healthy separations, theirs is in extremely good shape. “Let’s see,” she said, “I spent a week with Jeremy in January. In February, we got together when Mobil threw a party for Masterpiece Theatre.’ In April, I saw him in London. Mostly, he stays in Los Angeles and I’m here in Boston. We see each other in different places – wherever we happen to be.”

While candid about her personal life, Wilson was more circumspect about her professional life. Sensitive to the buzzword of “elitism,” along with a view in some quarters that British imports are somehow “un-American,” she was reluctant to compare British with American television. Admitting that British dramas were “more my cup of tea,” she preferred to list those American programs she likes.

“American television doesn’t have to be boring, stifling or a turnoff. I love Rhoda’ reruns. I cried during the last episode of Mary Tyler Moore.’ I adore John Chancellor who is one of the sexiest men on television. I thought that ‘King’ was the best thing in years. And I like movies that are either so old or so bad you watch out of sheer perversity.” Indeed, Bob Hope specials were the only instance of commercial programming she willingly cited as distasteful, calling them “sexist and filled with cheap shots.”

Asked how it was that a woman who takes her tea with milk, is married to an Englishman and makes her living by importing British programs happens to drive a 1978 Mustang, Wilson said: “I believe in supporting the American economy.”