You could watch live shows from Boston public television station WGBH on your cellphone, if you had the right kind of cellphone. Right now, hardly anyone does, but that may soon change as consumer electronics companies start to adopt Mobile DTV, a new technology that could turn millions of digital gadgets into portable TV sets…. 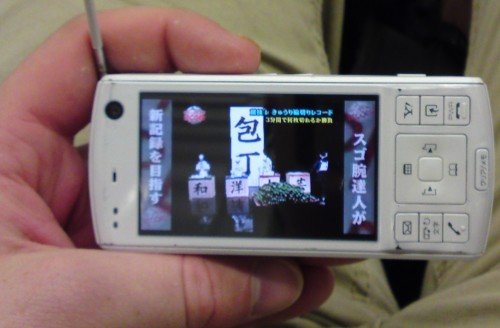 WGBH is one of less than 100 US television stations that now broadcast Mobile DTV shows. The station began the broadcasts in March, becoming one of the first to use the system. According to a survey from the Con sumer Electronics Association, WGBH and its sister station in Springfield, WGBY, are the only DTV broadcasters in Massachusetts.

Industry analysts say there’s a vast potential market for mobile TV devices. In 2009, the technology research firm In-Stat LLC estimated that 18 million people worldwide watched free mobile TV and predicted that by 2013, the number would rise to 314 million. For now, mobile TV is mostly popular in Asian countries such as Japan and South Korea….