Harvard Business School, which put its Boston expansion plans on hold because of the recession, is ready to start pouring concrete again.

Yesterday, the school revealed that it will spend $90 million to $100 million on a new executive education center, plus $15 million to $20 million to convert an Allston building into a laboratory for innovation and entrepreneurship…. 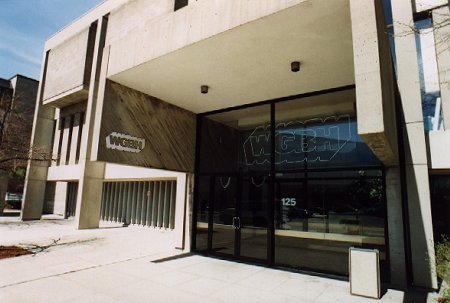 Harvard will renovate the former Western Avenue home of public television station WGBH, converting it to an innovation laboratory.

The business school’s dean, Nitin Nohria, said the lab would bring in undergraduate and graduate students from throughout the university “to connect with our business school students and to create new ventures.’’

Nohria said the old WGBH building was “in a state of actually extraordinary disrepair. The roof is gone. The building has been vandalized.’’ Still, he said, he hopes the lab will be ready by fall 2011. He estimated that construction of Tata Hall would be finished by fall 2013.

Community activist Harry Mattison, a member of the Harvard Allston Task Force, which was founded by Menino in 2006, said Harvard should view the WGBH renovation as an opportunity to bring more economic development to the area.

“It has a potential to be a first step toward the renovation of Allston and Western Ave., which Harvard has talked about over the past decade,’’ Mattison said.