Art Singer is president of the Massachusetts Broadcasters Hall of Fame.

Fifty years ago this past September, as I began an intensive one-year Masters of Communication Arts program at Boston University, I also was approved for a volunteer internship assignment at Channel 2. And for most of the academic year, on several late afternoons a week, I would take the twenty minute walk from BU across the Charles to the station’s studios on the MIT campus for a night’s work.

Who knew at the time it was to be the very best part of my graduate year and would direct a good part of my career? 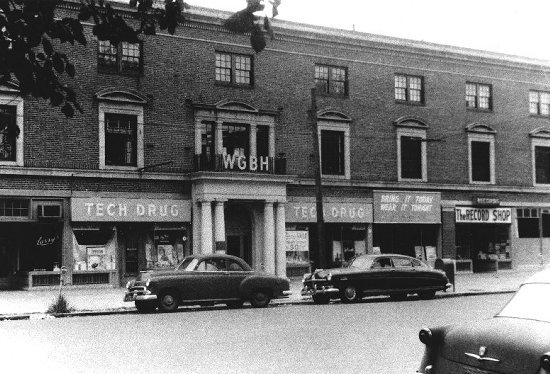 To enter the building that housed the WGBH studios was from the beginning a thrilling experience. The feeling was one of being part of grand experiment (this educational television) and also due in large measure to the fact that most of the programs I was assigned to as “crew” were produced and aired live.

As I recall, we’d begin with the children’s show, underwritten by Hood’s, at 5:30 pm and then jump to the inimitable Louis Lyons and the News at 6:00pm. A distinguished journalist for the Christian Science Monitor, Louis would unabashedly read from his notes with an occasional look up over his spectacles to remind himself and the viewer that was on camera.

At 7 p.m., one night a week, legendary theater critic Elliot Norton held forth for a half hour and his guests would be the elite of Broadway whose shows were trying out in town before opening in New York City. There in the guest chairs would be the likes of Rogers and Hammerstein or Julie Styne, or the directors, producers, and stars of the shows.

And scattered elsewhere on my assignments were tapings of other shows. These ranged from Brandeis President Abe Sachar’s “The Course of Our Times “series to Madame Anne Slack and her “Parlons Francais” French language instruction show (Madame Slack would say “Bonjour mon ami” then wait for the viewer to repeat the phrase while she mouthed the words in support). The same late afternoon or evening Eleanor Roosevelt and other luminaries might be taping shows as well.

The studios were constantly in use. And with so much of it being live, everything was or seemed to be in continuous motion. The likes of Dave Davis and Greg Harney seemed to be everywhere. The man himself, Hartford Gunn would make an occasional appearance in the halls or on the set . And the atmosphere bubbled over with energy and knowledge, talent and creativity.

This was educational television and we were there at the infancy of what many of us sensed could be a new direction for broadcast television. I may have been learning broadcast history and production theory at BU, but here I was learning what actually was necessary to create a TV program, And to boot, I was getting a bonus education –in current events, theater, language, cooking, and journalism.

And music. My most favorite assignment was being on the crew for the live telecasts of the Boston Symphony Orchestra. At the time, the BSO performed with some regularity at Sanders Theater in Cambridge. And on a number of Tuesday evenings, we were there to capture and broadcast the event. I don’t believe that GBH had permanent cameras and mikes in the hall. I believe everything had to be trucked over and set up anew each time.

The producer responsible for these major productions was Jordan Whitelaw. And I can vividly recall attending, along with the director, the camera operators, the audio guys, the switcher, and others the rehearsals in Jordan’s office.

After personnel assignments were confirmed for each of us in the room (most often mine was as a lowly cameraman assistant), we would do a mock production of the evening’s program, each attendee having been given a “shot sheet” to note which shots were assigned to which camera.

Next to Jordan’s desk was either a phonograph or a tuner-turntable-and speaker arrangement. And ready for play was an LP recording by the BSO in most cases performing the very work(s) on the Sanders program that week. We’d all settle down, pencils and paper in hand and Jordan would begin:

This continued through the playing of the entire piece. To me it seemed brilliant, but now I suspect that he was mimicking the pre production approach used by the NBC Symphony or the New York Philharmonic on network TV. Yet it could be that he was breaking new ground. Who knows?

Truth is we were all breaking new ground. That ‘GBH experience made a convert of me and I remained hooked for more than 35 years in what became the public broadcasting business.

Yet through all those years, no coverage of an event, development of a series, no dramatically successful nights of on air pitching, gave me more insight and purpose and pleasure than my intern days at this offbeat, eclectic, determined operation known as WGBH-TV Boston.