Skip to content
Decades > 1960s
This entry is part 6 of 24 in the series The Fred Barzyk Collection
Reading Time: 6 minutes 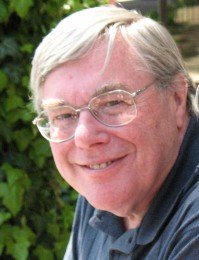 WGBH New Television Workshop existed mainly because artists didn’t have access to TV cameras. These were the days before Portapaks.

I was doing a local show, What’s Happening, Mr. Silver?, which had been brought to the attention of a NET show, Public Broadcasting Laboratory.

Dean Opennheimer, executive producer of culture, asked David Atwood, Olivia Tappan and myself to come to NY and show off our little experimental shows. After watching our stuff, the artists and the exec. producer decided that we might be the best TV types to help give artists control of television.

This little story is about the day I worked with Nam June for the First Time and how he came to create his video synthesizer.

Paik and the Video Synthesizer

I always remember Nam June Paik standing in a television studio, in big old rubber boots, his hands somewhere inside an old TV set, telling me to stand back since TV sets sometime explode when he does this. I backed off. The TV did not explode but gave forth a dazzling array of colors, buzzed and slowly died, never to live again. 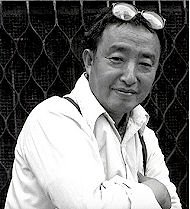 And more he did. That day, in the television studios of WGBH-TV, the flagship station of America’s Public Television network, Paik burned out more than 12 TV sets. Fortunately, this time their dazzling images were captured on 2 inch videotape.

These “visual moments” became part of a six minute video piece which was included in a half hour program called Medium is the Medium. This was the first time that artists where allowed to control the professional TV cameras, producing their own unique vision for a network show. And quite a show it was.

Paik was one of five artists who created video pieces for this segment of Public Broadcasting Laboratory, a weekly two hour show supported by the Ford Foundation. The artist’s had been selected from a 1969 gallery show, TV as a Creative Medium, at the Howard Wise Gallery, New York.

For his video piece, I had to deliver Paik a videotape of a Richard Nixon speech and a woman dancer in a bikini bottom and pasties for her nipples. He did all the rest, to the great delight of the TV crew. This was not the normal PTV show!

This program began my long association with Nam June, along with my partner Olivia Tappan and colleague, Dave Atwood. The three of us became the supporters, defenders and co conspirators in the creation of the Paik/Abe Video Synthesizer.

Why did it happen at WGBH? with me? I had been interested in using television in a more “artistic” way for a long time. My background was theater and art and I was longing to find a way of expressing it. I got into an aesthetic argument with our senior producer/director about WGBH’s coverage of the Boston Symphony concerts. Why couldn’t the cameras paint pictures instead of showing old men blowing horns and bowing violin strings? Not possible, not at WGBH.

I finally convinced a group of engineers and camera people to stay late a couple of nights and we created what is suppose to be the first video experiments, Jazz Images (1963). You must remember, we were like a closed society. No one had TV cameras except TV stations. They were just too big and too expensive. We were like a fortress surrounded by a moat, and no artist was allowed to cross over. So we, those on the inside, had to put a break in the structure.

This kind of experimentation gave the three of us (Barzyk, Tappan, Atwood) a reputation for being “far out.” We were bringing this kind of “experimental” look to a local jazz show and a local series called, What’s Happening Mr. Silver? This kind of continued experimentation within the system was what brought Paik and us together. The producers had heard of our work and we lugged heavy 2 inch tape to New York to show to the artists. Fortunately, they liked our work. We agreed to collaborate.

Howard Klein of the Rockerfeller Foundation became the next major player in the creation of the video synthesizer. Klein offered an artist-in-residence grant to WGBH. I was asked to head up the project. Paik was one of my first choices. 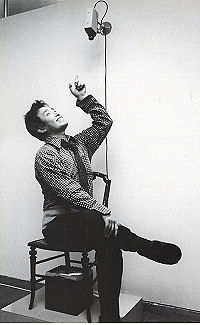 He was brought to Boston for an extended stay as a Rockerfeller Artist in Residence. We tried small little video experiments, but Paik was frustrated because using WGBH’s TV studios, crews, etc. were very expensive. He saw his small grant disappearing without any major creations. He looked for ways to make his work “as inexpensive as Xeroxing.”

One day he presented me with a most complicated looking diagram. I am not an engineer and sometimes had trouble understanding what Paik is saying, and was totally unsure that day of what he was describing to me.

What I was able to fathom, was that he wanted to go to Japan and work with a Japanese engineer (Abe) to create a low cost video machine. This machine would cost $10,000 and give Nam June the ability to create constantly without worrying about costs. He further explained that the $10,000 would include his travel, the engineers time, all the electronic equipment, and bring the machine and engineer from Japan to Boston to set up its operation. Was this possible? He insisted he could do it. And he did.

Paik and I had a lunch with the head of WGBH, Michael Rice, to try and sell him on the expenditure of the grant money to create this video machine. Michael sat there and listened as Paik went on and on about the beauty of the synthesizer and the images it would create. We laid out the diagram on the lunch table, and Paik gave his best presentation yet. To his credit, Michael Rice agreed there, on the spot.

Nam June would soon be on his way to Japan.

For the next three months, I heard from Nam June every once in awhile. Back here in Boston, I had convinced the station to give over a very small studio to house the synthesizer. Finally, passing through customs, Paik and Abe arrived with boxes and boxes of equipment. Paik had also purchased an old record turntable on which he would construct objects and spin them at either 33rpm or 78rpm. This was the focus of the synthesizers black and white cameras as the two men set up their video machine.

I knew the day it was working, when Nam June showed me a mound of shaving cream whirling around on the turntable, which was being transformed into a mélange of color and images on his color TV sets. The Video Synthesizer lived. 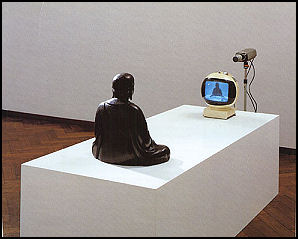 The first broadcast of the synthesizer was a video marathon, broadcast live from 10:00 pm to 1:00 AM. Paik called it “Beatles, from beginning to end.”

That night he played every Beatle tune that had been recorded (some several times) and created abstract image after another. People, friends showed up to help.

The costs of this three hour television broadcast, including shaving cream, tin foil, and assorted objects plus supper for Paik and Abe was $100. He had done it. He broke the back of expensive broadcast TV.

The only problem with that evening’s broadcast was that he blew out the TV transmitter. The chroma level coming out of the synthesizer was much too high and destroyed a component. It had to be replaced and it was very expensive.

“I can’t believe what’s happening on my TV,” said a TV viewer