Skip to content
Stories > In the Press
This entry is part 11 of 24 in the series The Fred Barzyk Collection
Reading Time: 2 minutes 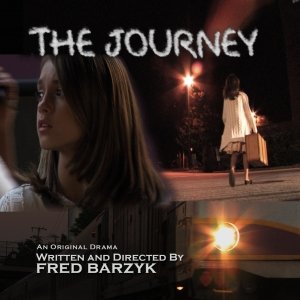 Chelmsford TeleMedia will present the premiere screening of Fred Barzyk’s original drama, “The Journey,” on Saturday, Jan. 22, 7:00 pm at the Chelmsford Center for the Arts’ Veteran’s Memorial Auditorium, 1A North Road. Admission is free of charge.

CTM board member, Fred Barzyk was founder and first director of WGBH New Television Workshop in 1967. For his work in broadcast television, Barzyk has received the Venice Film Award, three Emmys, two ACE awards and the George Foster Peabody Award from the University of Georgia. He wrote, directed, and produced “The Journey” under the auspices of CTM as a test to see if it was possible to make a full length television drama at a public access station with an all volunteer cast and crew.

At his home in Chelmsford, Barzyk said, “This drama is influenced by extraordinary imagination of Rod Serling’s ‘Twilight Zone.’ Of course, it has my own little twist that make it special, maybe even controversial. We videotaped all over Lowell and Chelmsford. The actors and crew members did a terrific job creating this little thriller of a drama.”

CTM will continuously cable cast “The Journey” on Jan. 29 from noon to midnight on Comcast, Channel 10, and Verizon, Channel 37.

The Chelmsford Center for the Arts in Town Hall, located at 1A North Road, across the street from the Common, is Chelmsford’s only public arts institution. It includes an Art Gallery, Artist-in-Residence studios, meetings and rehearsals of arts groups, as well as classes and events both public and private. For more information, visit www.chelmsfordcenterforthearts.org.