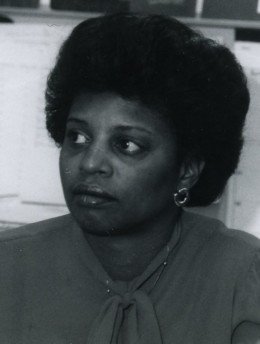 The WGBH community mourns the loss of A. Beth DuVal Deare, the former producer of Say Brother (now Basic Black) and several award-winning documentaries, who died Mon, 2/21, in a fire at her home in Newton.

Beth, who was battling brain cancer at the time of her death, worked on Say Brother from 1978 to 1988, and won an Emmy Award for In the Matter of Levi Heart, a documentary about a Boston Police shooting  — one of 13 Emmys and a Peabody Award she earned during her tenure at WGBH).

“WGBH is saddened by this loss. Beth was a very talented producer and someone who helped connect WGBH with others in the community,” says VP for Communications and Government Relations Jeanne Hopkins.