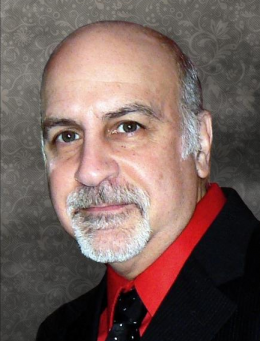 Stephen Richard Izzi, 63, of Spirit Lake, Idaho, passed away suddenly in his home on Tuesday, May 10, 2011.  He was the beloved husband of Terri A. (Hagelin) Izzi. Steve was born in Brookline, MA., the son of Nicolette (DeAngelis) Izzi of N. Providence and the late Dante Izzi. Besides his wife and mother, he is survived by his sister Ruth Izzi-Goode of Chepachet, RI.

Steve was a graduate of Rhode Island School of Radio and Electronics which started his career in media, broadcasting and audio.  He did live remote recordings for WGBH-FM in 60’s & 70’s and was the principal film mixer and sound engineer for WGBH-TV in Boston in the 70’s  & 80’s.

When Steve first joined WGBH he immediately became interested in sound production/engineering. He displayed a fine ability to transform live orchestral and all ensemble sound via microphone equalization and reverberation techniques that produced and created a truly transparent sound.  Later, in the 80’s & 90’s, at the Chedd-Angier Production Co. in Watertown, MA, Steve mixed many TV programs, museum interactives and most notably Scientific American Frontiers with Alan Alda documentaries.

He engineered sound for the Symphony Hall and Jordan Hall in Boston.  Steve’s masterful audio work will live on forever and be enjoyed by all.

Steve will always be remembered for his kindness and “Gentle Spirit.”

His funeral will be held Friday, May 20, 2011 at 8:30am from the  Tucker-Quinn Funeral Chapel, 643 Putnam Ave. (Rte.44) Greenville, RI, with a Funeral Service at 10am in Chepachet Union Church, 1138 Putnam Pike, Chepachet. Burial with military honors will be in Acotes Hill Cemetery, Chepachet, RI. Visitation is Thursday 4-7pm.