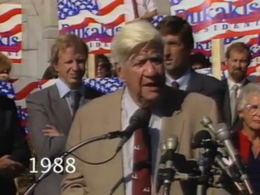 Poring through the tapes and films stored in the archives vault at WGBH is like taking a tour of Boston history as it was captured on TV news broadcasts: Fidel Castro visits Boston in 1959; Martin Luther King Jr. marches in Roxbury in 1965; Barack Obama protests outside Harvard University in 1990….

Films and tapes deteriorate over time, so WGBH officials have begun ambitiously digitizing not only former newscasts from their Channel 2, but historical news footage from other local TV stations. … The result will be the Boston TV News Digital Library, the first online repository of Boston television news from 1959 to 2000…. 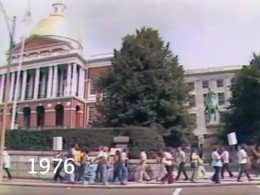 WCVB’s Natalie Jacobson, the first female anchor of an evening newscast in Boston … is glad these records will be made public. “For young people who are studying the history of New England and everything that goes with it, this is a great gift,’’ said Jacobson, who added that it also important to see how differently news was reported in years past….

Steven Cohen, a lecturer who teaches an education class at Tufts University, started incorporating the available video clips in his classes when students studied desegregation in Boston in the 1960s and 1970s.

“Having these archives digitized and having the students look at them online is literally eye-opening,’’ said Cohen. “It really does make the history accessible.’’