From the Bundschuh family 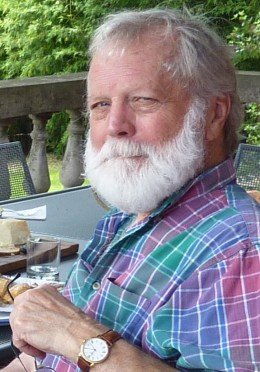 Werner M. Bundschuh, documentary filmmaker and a developer of historic properties, died at The Maples, his home on The Common in Royalston on Friday, August 19, 2011. Werner was removing a gutter and accidentally fell from the porch roof. He was 70 years old.

A man from modest beginnings, Werner was the son of immigrants, Ludwig and Marie Bundschuh, and was born on February 24, 1941 in Floral Park, Long Island. He grew up on a poultry farm and spent much of his early childhood trying to avoid working on the farm. After graduating from Plainview High School in 1959, Werner enlisted in the Navy and became the newspaper editor on the aircraft carrier, USS Wasp.

Despite encouragement from his parents to enter trade school after the Navy (he was told in high school that he was “not college material”), Werner set his sights on a local junior college and then received a scholarship to Boston University’s School of Public Communications. It was the early 1960s and Werner became editor of the BU News where he was an activist and champion of the freedom of the press. While at BU, he met his wife of 45 years, Patience (Westcott). Werner graduated from BU in 1965 with a major in film production.

A cameraman, writer, editor and producer, Werner began his career in film and television at WGBH-TV in Boston. Over the years he wrote and produced many programs, a number of them broadcast nationally on PBS, including “The Totalitarian Temptation,” and “The Bomb That Fizzled” for the series “In Search of the Real America,” as well as directing “The Ancient Mariners” for the series “Out of the Past.”

He was a founding partner with Henry Hampton of BlackSide, Inc., which produced the award-winning series, “Eyes on the Prize,” an epic six-part presentation of the historic black struggle for human and civil rights. In 1984 he produced “Campaign Fever” which won a New England Emmy. His work also brought him around the world. His daughter’s first birthday was on location in Israel and his teenage son spent a winter working with him in Guatemala.

In 1979, Werner moved his family to The Maples, in Royalston, which, over the last 32 years, had become his life’s work and passion.

Werner involved himself in the social and civic life of the communities where he lived. Werner had recently been elected to the board of the Bunker Hill Monument Association, and he was a founding member of The Charlestown Preservation Society; he served as chairman and member of the Royalston Selectboard, and was a board member of the Athol-Royalston Regional School Committee, the Royalston Academy, and served as a trustee of the First Congregational Church of Royalston.

With his snow-white beard and twinkling eyes, riding his lawn mower, working with his backhoe, or at the wheel of a 1932 Lagonda, Werner had an old world courtliness that combined with his very American humor. To Werner, The Maples had always been more than just a home – it is a piece of history to be preserved, celebrated and shared; a meeting place, refuge, and entertaining space for family, friends and neighbors. As much as the films and television programs he produced, his greatest production was the life he made and the friends he touched. This is Werner Bundschuh’s legacy.

In addition to his wife and countless friends, Werner leaves his children Emily and Damon, son-in-law Chris, grandsons Oren and Isaac, his brother Ernie, sister-in-law Haydee, and their children and grandchildren.

A celebration of Werner’s life will be held from 2-4PM on Tuesday, August 23rd, at The Maples, 17 On the Common, Royalston, Mass. As an expression of sympathy, memorial contributions may be made to the Friends of the Phinehas S. Newton Library, PO Box 133, Royalston, MA 01368. 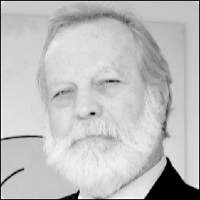 Werner M. Bundschuh, documentary filmmaker and developer of historic properties, died at The Maples, his home on The Common in Royalston, MA, on Friday, August 19, 2011. Werner was removing a gutter and accidentally fell from the porch roof. He was 70 years old.

A resident of Royalston, MA and Charlestown, MA, Werner was born on February 24, 1941 in Floral Park, Long Island. He graduated from Boston University in 1965 and began his career in television and film. Werner spent much of his life renovating historic buildings in Charlestown, MA.

In addition to his wife, Patience, and countless friends, Werner is survived by his children Emily and Damon, grandsons, Oren and Isaac, his brother, Ernie, sister-in-law, Haydee, and their children and grandchildren. A celebration of Werner’s life will be held from 2-4 PM on Tuesday, August 23rd, at The Maples, 17 On the Common, Royalston, MA.

As an expression of sympathy, memorial contributions may be made to the Friends of the Phinehas S. Newton Library, PO Box 133, Royalston, MA 01368. For more information or to share a memory, go to:
www.higginsoconnorfuneralhome.com.

I have the sad duty to report that Werner Bundschuh passed away yesterday following an accident while he was working on his beloved home in Royalston.

Patience asked me to help let people know.  His family are in the early stages of planning a gathering this coming Tuesday (8/23) afternoon 2-4pm in the gardens at the Royalston place.  An announcement should be forthcoming.

Needless to say we are shocked and greatly saddened at this terrible loss.