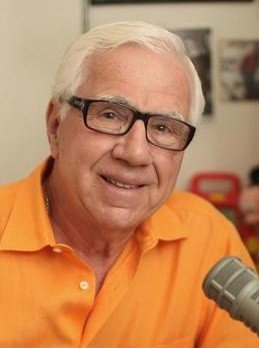 Ron Della Chiesa, 73, voice of the BSO, sounds off on musicians from Beethoven to Lady Gaga

Over your 50 years in radio, which job has been your favorite? My MusicAmerica show at WGBH.  Starting in 1978, it ran for 18 years. I played an eclectic blend of music, incorporating live interviews with people like Dizzy Gillespie and Andre Previn. I could never have done that show in a commercial setting.

Who was your best interview? Tony Bennett, [talking] about his painting, philosophy, the business. He’s a renaissance man.

Your worst? Eartha Kitt. I was playing this rare recording of “Lilac Wine,” and she said: “It was stupid of you to play that. It’s one of the worst things I’ve ever done.” I couldn’t go to black; it was live. She had a reputation for being tough.

What did you learn from writing your new memoir, Radio My Way? It was very therapeutic. Reflecting back helped me deal with the loss of so many people: Stan Getz, Rosie Clooney, Mel Torme. There’s a lot of history I wanted to tell about these great careers.

How long will you stay on as WGBH’s host of the Boston Symphony Orchestra? As long as I can. I feel energized. I walk for miles along Nantasket – because the ocean is music, in a How do you listen at home? I prefer to listen to one CD all the way through. I think young people are fascinated with iTunes because they can program their own shows, but I’ve done that all my life.

What do you get from classical music? It guides you through traumatic times in life. I think you can grieve through Madame Butterfly, Mozart’s “Requiem.” Can you grieve through heavy metal or rap? Through Lady Gaga? I don’t know. Maybe you can.

Do you recall the first symphony you attended? [Charles] Munch conducting the Boston Symphony when I was around 13. . . .  And my father and I were in the hall when John F. Kennedy was assassinated. Erich Leinsdorf made the announcement. We all stood up, and the orchestra played Beethoven’s Funeral March from “Eroica.” Interestingly, they came back and finished the program. Talk about grieving through music.