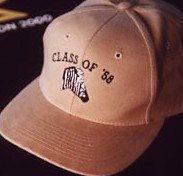 Stewart was born on April 14, 1935 and raised outside of Philadelphia in Media, Pennsylvania. He graduated from Media High School in 1953, from Penn State University in 1957 and from Boston University in 1959. He served in the US Army at Walter Reed Hospital.

At Boston University, Stewart made lifelong friends working at WGBH, where he did a news, sports and weather show. He liked to boast that he had the second highest rated news show in Boston public radio at the time (there were two).

Stewart worked for Smith, Klein and French in video/communications in the 1960s, and was recruited to do similar work at the University of Michigan Dental School in 1969. In 1977 he transitioned to the UM Medical School as director of Biomedical Communications. He retired in 1995…

There will be a celebration of his life, as per his wishes, in mid-March 2012. Those wishing to make a tangible gift in Stewart’s memory can do so by donating to the Penn State Alumni Association/Michigan chapter scholarship fund, or the annual Ann Arbor winter coat drive.