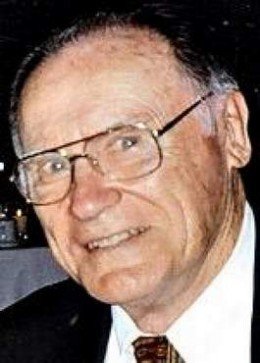 Vernon E. “Vern” Coleman passed away peacefully at home on March 18, 2012, after a long period with leukemia.

Coleman, a radio and television engineer, was a lifelong resident of Cape Cod. Born in Hyannis, he was the son of noted Cape artist and educator Vernon H. Coleman and Ruby E. Coleman.

A 1944 graduate of Barnstable High School, Mr. Coleman began a career in broadcasting in 1943 while still in high school at Cape Cod’s only radio station at the time, WOCB in West Yarmouth.

During the early 1960s he was employed as a member of the Department of Geophysics at WHOI (Woods Hole Oceanographic Institution) as a research assistant in electronics experimenting in underwater sound.

Mr. Coleman subsequently became involved in television broadcasting in the Boston area with WGBH-TV, Channel 2, where he worked fourteen years on the production of PBS programs such as The Boston Pops, Evening at Symphony, The French Chef with Julia Child, and numerous remote and studio presentations as audio producer and recordist.

In 1976, he was nominated for an Emmy Award for PBS production New Years’s Eve at Pops for the best live sound. He attended these ceremonies in Hollywood.

Television work also included eight years as staff engineer at WCVB-TV, Channel 5. During this time in Boston, Mr. Coleman was also in charge of engineering at Northeast Broadcasting School. Upon retirement from Channel 5, he continued working locally as a contract engineer for several Cape radio stations including WQRC, WOCN-FM, WFCC, WKPE, WXTK, and Boston University’s WBUR-AM. As a ten year volunteer he provided audio services for the Cape Cod March of Dimes Teleramas. He was a graduate of the Barnstable Police Academy and until recently he was a civilian volunteer for the Barnstable Police Department.