In the late 1960s, after great success with her cooking show, The French Chef, Julia Child returned to France to work on a second volume of her cookbook, Mastering the Art of French Cooking.

She became concerned with what she saw as the disappearance of hand-crafted foods during that progressive era of mechanization, and in 1970 she made arrangements for WGBH’s television crew to visit France and shoot The French Chef on location.

She wanted to not only show Americans the origins of her cooking techniques, but to document a vanishing way of life. 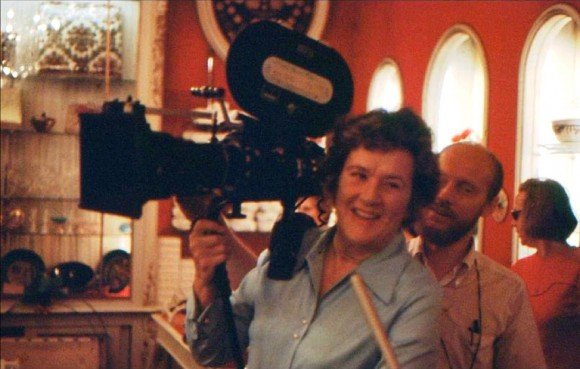 David Atwood was director of the WGBH crew who worked with Julia.

They made their way from Provence to Normandy, stopping to film the making of pâté pantin with a butcher in Plascassier, to feast on pressed duck in Rouen and suffer the heat along with properly made French bread inside a medieval bakery in Paris.

Atwood describes Child as the ringmaster of all the moving parts that went into filming the mini-documentaries and what a joy it was to work with her.