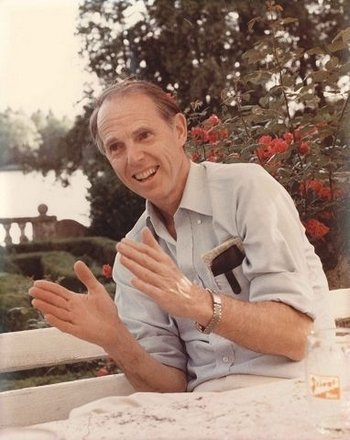 Roger D. Fisher, a Harvard law professor who was a co-author of the 1981 best seller “Getting to Yes: Negotiating Agreement Without Giving In” and whose expertise in resolving conflicts led to a role in drafting the Camp David accords between Egypt and Israel and in ending apartheid in South Africa, died on Saturday in Hanover, N.H. He was 90…

Although Professor Fisher mostly worked behind the scenes, he did create and moderate a series on public television called “The Advocates.” A court-style program that took on one policy issue at a time and examined it in detail from different perspectives, it ran for several years on PBS and won a Peabody Award.

From the Harvard Gazette

A strong advocate for using the medium of television as a means to disseminate both legal issues and current events to a broader audience, Fisher proposed the Peabody Award-winning television program “The Advocates” in 1969. The program focused on “stimulating public participation, and understanding, by focusing on realistic choices that must be made in the future, by having both sides of the question presented, and by demonstrating the interest that public officials have in both reasoned arguments and the views of their constituents.” Fisher served as executive producer from 1969 to 1974, and then again from 1978 to1979.

In 1970, in connection with a segment of “The Advocates,” Fisher became the last Westerner to interview President Nasser of Egypt, and his questions elicited from Nasser an unexpected willingness to accept a ceasefire with Israel in the “war of attrition” then raging along the Suez Canal. Fisher brought the interview to the attention of Undersecretary of State Elliot Richardson ’47 and thus helped stimulate what became known as the Rogers Plan (named for Nixon’s Secretary of State William Pierce Rogers), which ultimately produced a ceasefire. 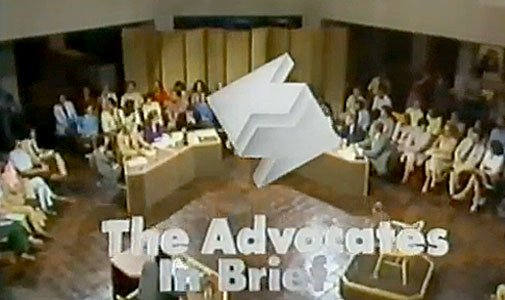 “The Advocates” was a public television network presentation of KCET, Los Angeles and WGBH, Boston made possible by grants from the Corporation for Public Broadcasting and the Ford Foundation.

The purpose of the series was to stimulate public participation, and understanding, by focusing on realistic choices that must be made in the future, by having both sides of the question presented, and by demonstrating the interest which public officials have in both reasoned arguments and the views of their constituents.

Having a one hour time slot, the program topics varied depending on current news and concerns of the public. The program ran from October 5, 1969 through May 23, 1974; then again bi-weekly from January 26, 1978 through September 9, 1979.

From TV Worth Watching

The Advocates was a weekly public-TV presentation from 1969 through 1974, revived as a bi-weekly program for most of 1978-79. Co-produced by Boston’s WGBH and Los Angeles’ KCET, it was promoted as the “PBS Fight of the Week,” and while the fisticuffs were all verbal, it could pack a wallop. Many an intellectual hotshot left the arena with his or her ego bruised…

The format would work just as well today, on issues ranging from the credibility of global-warming science to the smartest way to deal with Iran’s nuclear pursuits. The Advocates could “try” the realities and misconceptions of “Obamacare,” or even the overall success or failure of the current President’s administration…

If the American public can cast votes by phone for their favorite performers on American Idoland Dancing with the Stars, why not use the same phone-vote system to get an indication of how citizens views various issues and controversies before and after they’ve watched courtroom-style testimony and cross-examination?

Who knows? Maybe the revenues from the phone calls could be applied to election costs or federal deficit reduction…

So, in summation (to adopt the courtroom tradition of closing arguments), somebody in the public television system — or, if PBS is too strapped for funds, somebody at TruTV or some cable news network — should consider reviving The Advocates.