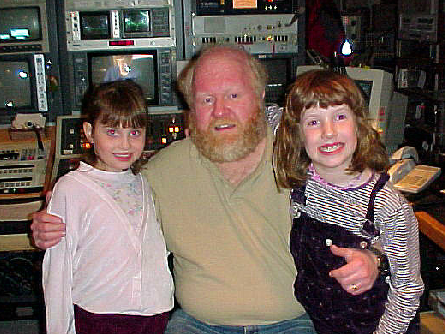 Doug was born in Erie, Pennsylvania on July 5, 1950, a son of the late Robert D. and Dorothy J. (Dow) DeVitt. He was raised in Erie and attended the Lawrenceville School in Lawrenceville, New Jersey. After that he earned a bachelor’s degree in electrical engineering from Lehigh University in Bethlehem, Pennsylvania. Doug had been a Weston resident for more than thirty years.

After college Doug began a forty year career as an audio engineer, first at WICU and WQLN, both in Erie. After a move to Boston he continued working in the same capacity for Boston public television’s WGBH station and later at WCVB, Channel 5 where he won an Emmy award for excellence in his field. Doug also founded Voyager Sound and Recordatory Recording Studio and had a lifelong interest in photography.

Family and friends will honor and remember Doug’s life by gathering for calling hours in The Joyce Funeral Home, 245 Main Street (Rte. 20), Waltham on Friday, November 30th from 4 to 8 p.m. and again at 11 a.m. on Saturday morning in the First Parish Church in Weston, 349 Boston Post Road, Weston where his funeral service will be held at 11 a.m. Burial will follow in Linwood Cemetery, Weston.

Memorial donations may be made to the National Marfan Foundation, 22 Manhasset Avenue, Port Washington, NY 11050.