When I first was hired by Greg Harney to direct Parlons Français back in 1960, I struck a deal.

I would devote my life to TV (and not the theater) if only he would give me Studio A for a week so I could do a TV drama.

He agreed. With my $10 budget to pay for the rights, I gathered volunteer actors, borrowed costumes, painted the sets, beg and borrowed everything I could lay my hands on. That first drama exists in the WGBH vaults. “Five Days” did not go up in flames of the WGBH fire, but was circulating among other stations in the system and was saved.

Well, I am trying to do it again. Working with all volunteer crew and actors, I have written and will direct “The Waiting Room” which will probably be my last TV drama. 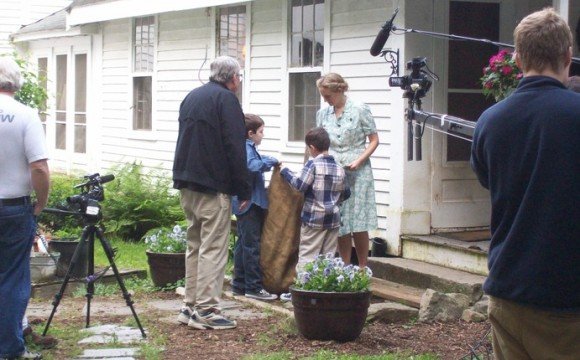 Close-up from “The Treasure”

This time I need help with money. So my volunteer sound engineer, Steve Mann, created a Kickstarter project to invite supporters. Go here to learn more about the film (with my video introduction):