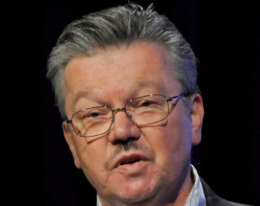 Broadcast journalist and producer Mike Sullivan — one of the guiding figures behind FRONTLINE for more than two decades — passed away suddenly at his home in Marblehead, Mass., on Sunday, June 23.

“Mike spent over 25 years working with us,” says David Fanning, FRONTLINE’s founder and executive producer. “He was big hearted and big thinking, a larger-than-life presence in our office, and a committed broadcast journalist who held us all to the highest standards of journalism. It’s profoundly sad to think of him gone.”

“Whether he was exploring the intersection of religion and public life in God in America, asking haunting questions about the West’s failure to prevent genocide in Ghosts of Rwanda, or investigating the man at the center of the political crime of the 20th century in Who Was Lee Harvey Oswald?, Mike’s deep sense of intellectual curiosity and his passion for big ideas powered many of FRONTLINE’s landmark documentaries,” says Raney Aronson-Rath, FRONTLINE deputy executive producer. “Mike’s death is a huge loss, and we will miss him terribly.”

A graduate of Harvard University, Sullivan began his broadcast career as a news and documentary cameraman in Portland, Oregon. He later joined Minneapolis CBS affiliate WCCO-TV, where he developed and served as executive producer of the station’s award-winning investigative and documentary units—and was noted for his commitment to mentoring emerging journalists.

As executive producer of special projects, he championed films like Ghosts of Rwanda (2004);Country Boys (2006); The Mormons (a 2007 co-production with American Experience); God in America (a 2010 co-production with American Experience); The Interrupters (2012); and Kind Hearted Woman (2013). He also acted as executive producer on special projects for PBS, including The Question of God: C.S. Lewis and Sigmund Freud and Commanding Heights: The Battle for the World Economy.

In February of this year, Sullivan told the public media newspaper Current that he took particular pride in his work on documentaries involving religion: “I thought we needed more sensible coverage of religion and its impact on the American scene,” Sullivan said. “We first discovered that when we did From Jesus to Christ: The First Christians in 1998 …. Now it runs every Christmas.”

“Mike cared deeply about FRONTLINE and its mission,” says David Fanning. “He was always ready to challenge ideas, and dig into the stories he was working on. We relied on him for his intellect and his passion. We will miss his presence, his memorable laugh and his genuine concern for his friends and colleagues.”

Watch A Tribute to Michael Sullivan on PBS. See more from FRONTLINE.

James Michael Sullivan, 67, one of the guiding figures behind FRONTLINE, the landmark documentary series on PBS, passed away suddenly at his home in Marblehead, MA, on Sunday, June 23.

A graduate of Harvard, Sullivan began his broadcast career as a news and documentary cameraman in Portland, OR. He later joined the Minneapolis CBS affiliate, where he developed and led the station’s award-winning investigative and documentary units.

In 1987, Sullivan became Senior Producer at FRONTLINE. He would supervise the production of many high profile programs for the series touching on a wide range of subjects – religion (God in America), war (The Gulf War), genocide (Ghosts of Rwanda), as well as in depth personal portraits (The Farmer’s Wife) to name only a few.

Mike is survived by his wife Jeanette Harrison-Sullivan and children Kate Sullivan, Jake Sullivan, and Jason and Sean Smith. He also leaves a brother, Dennis Sullivan, a sister, Sheila Sullivan, and a nephew, Max Minnieweather.

A public memorial service celebrating Mike’s life will be held at The Memorial Church at Harvard on Tuesday, July 2nd at 11:00 AM.

In lieu of flowers, donations may be made at www.diabetes.org or at www.michaeljfox.org 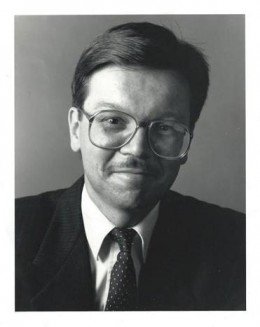 Long before coming to the PBS show “Frontline” and the documentary work that would bring a string of awards, Mike Sullivan began his television career in 1970 as what he called “a lowly floor director at the CBS affiliate” in Portland, Ore.

“I soon realized the news department had all the cameras and all the excitement,” he wrote in 1993, for the 25th report of his Harvard class. “I quickly apprenticed myself to the best news photographer in the shop, recording sound for his documentaries, assisting him through all the night edit sessions, soaking up the craft.”

After arriving as a senior producer at “Frontline” in 1987, Mr. Sullivan worked on many documentaries, some of which were highlighted in avideo tribute when he left his job as executive producer of special projects earlier this year. Topics included Shakespeare, Rwanda, farm families, and world religions, a range that reflected the sweep of humanity he examined right from the start in his home state.

“I was assigned each day to record another drama in this small city – its car crashes, bank robberies, fires and murders, its political triumphs and follies, its heroes, wise men and fools,” he wrote of his time in Portland. “In this incredible array of dramatic everyday stories, I found my alternative to the fantasies of Hollywood.”

Mr. Sullivan — whose “Frontline” work was honored with numerous duPont-Columbia batons, Emmy Awards, and Peabody Awards — died in the library of his Marblehead home Sunday. He was 67, and doctors believe he suffered a heart attack, his family said.

“Mike was a formidable intellect and a great reader,” said David Fanning, founder and executive producer of “Frontline.”

He added that Mr. Sullivan “believed passionately in the idea of public media and public television, and particularly in ‘Frontline,’” with its format that allows for lengthy, thoughtful examination of complex issues.

Mr. Sullivan “wanted to leave no stone unturned in discovering the core of what it was that made his documentaries tick,’’ said his wife, Jeanette Harrison-Sullivan, a public relations executive. “It was important that he gave it his all.”

Colleagues said Mr. Sullivan had a particular passion for Rwanda and, since the late 1990s, ensured that high-level broadcast television closely examined religion.

“I thought we needed more sensible coverage of religion and its impact on the American scene,” Mr. Sullivan told Current, a media publication, at the beginning of this year when his job was phased out because of what “Frontline” said was a funding shortfall.

“When I think of Mike Sullivan, I think of the word earnest in the very best way,” said Michael Kirk, a “Frontline” producer, director, and writer. “It was very important to him that we do serious work that no one else was trying to do.”

The oldest of three siblings, James Michael Sullivan was born in Coquille, in southwest Oregon, and grew up nearby in Myrtle Point, a town of fewer than 3,000 people.

He graduated from Myrtle Point High School and went to Harvard, where he studied English and received a bachelor’s degree in 1968.

For a couple of years, he lived in Oregon and California, teaching high school English and dreaming of filmmaking. During this period, his first marriage ended in divorce.

While living in Portland, Ore., he met Jeanette Harrison, “a tall, striking, strong-willed, Berkeley-educated television reporter, who immediately caught my attention by refusing to pay much heed to my excellent advice about how to produce her stories,” he wrote in 1993.

They married in 1978 and worked in Minneapolis for several years before he took the “Frontline” job.

“He was one of the most exemplary individuals I’ve ever met in terms of being honest, being loyal, and having the highest of standards,” his wife said.

“He was a man who didn’t conceal his own opinions and was quite forceful at times, which led to some challenging times in the editing rooms with producers,” Fanning recalled.

Kirk noted that “you didn’t want to go into a room or a meeting or a screening without having it right. He was a fighter for the things that he really believed in.”

And yet the hundreds of e-mails Fanning and Aronson-Rath have received since Mr. Sullivan’s death almost to a one mention his big-heartedness, his intellect, and a laugh no one forgot.

“He was a man with a great roaring laugh,” Fanning said.

In addition to his wife, Mr. Sullivan leaves a daughter, Kate of New York City; a son, Jake of Brookline; twin sons from his first marriage, Jason and Sean Smith; a brother, Dennis of Eugene, Ore.; and a sister, Sheila of Portland Ore.

A memorial service will be held at 11 a.m. Tuesday in Memorial Church in Harvard Yard.

“He really was always sort of a small-town boy at heart,” Harrison-Sullivan said. “Even though he had developed an intellectual and professional sophistication, he stayed true to himself.”

Kirk, who is from Idaho, said he and Mr. Sullivan talked about “what a privilege it was to go to Washington and report on serious politics. For us, it was always a big deal to go there and think of the biggest issues of the day, a couple of guys who had worked our way up.”

Reflecting in 1993 about how far he had gone in his profession, Mr. Sullivan said the pride he took in work and family grew stronger each year.

“In all, this far downstream,” he wrote, “I seem to have lived a life not willed, but discovered — discovered in this honorable work I never even dreamed of as a young man, and in the joy of a family I once believed I might never find.”