As a boy in the late 1930s, living with his mother and two aunts in Roxbury, Lee Tanner heard the music and musicians he would bring into focus with his camera a quarter century later.

“I first tuned into jazz by a chance twist of the radio dial,” he wrote in the introduction to “Images of Jazz,” a 1996 collection of his photographs.

Camera in hand, Mr. Tanner spent nights in the 1960s photographing musicians at a variety of Boston venues, some famous and some now fading from the memories of all but the most faithful fans. Chet Baker, movie-star handsome, holds his trumpet at The Jazz Workshop in a 1966 photo. Thelonious Monk’s hands address the piano keys in a series of four close-up shots in the WGBH-TV studios in 1968. Miles Davis plays a muted trumpet at Symphony Hall the same year.

“I go for the spontaneity of the moment,” Mr. Tanner told the Globe in 1996. “What I’m looking for is the drama, and whether it’s excitement or repose really depends on what shows up. Nothing in the book is a posed studio picture. Even the pictures that look posed were just caught at the moment.”

Mr. Tanner, a metallurgist and scientist who had worked in laboratories from Boston to California, died of complications from Alzheimer’s disease Saturday in Mark Twain Convalescent Hospital in San Andres, Calif. He was 82 and lived in Sonora, Calif. 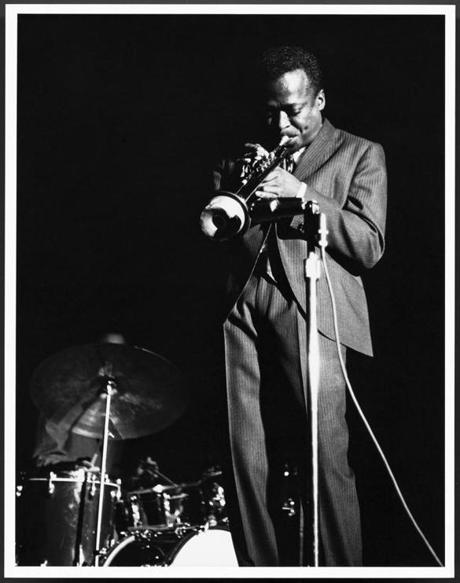 “In all of his photographs, Lee Tanner makes vivid the sheer energy of jazz — the life force,” critic and columnist Nat Hentoff wrote in the introduction to “Images of Jazz,” adding that “Tanner’s gift is knowing the moment at which the musician tells his own story — and not only in notes.”

Mr. Tanner’s time in Boston was comparatively brief: several years during childhood in the 1930s and early ’40s and slightly more than a dozen years as an adult, mostly in the 1960s. The photographs he shot, though, enshrined musicians and venues that were part of Boston’s jazz history.

For a couple of years in the 1960s, WGBH-TV ran a live show simply called “Jazz,” which evolved into “Mixed Bag,” a roster of musicians as eclectic as the name suggests. Mr. Tanner coproduced “Mixed Bag” for two years with David Atwood, who also directed the show and is now an independent producer and director.

Mr. Tanner had forged relationships with musicians while rubbing shoulders with them in clubs. “I could literally get on top of the musicians to photograph them,” he told the Globe. That intimacy helped him coax many musicians into the TV studio.

“Mixed Bag” went off the air after two years, a victim of low ratings, but Mr. Tanner kept shooting. At WGBH, the studio lights afforded him the opportunity to add nuance to the shadows falling on the musicians. In clubs, advancements in film quality allowed his camera, without a flashbulb, to capture images that could not have been shot a couple of decades earlier.

“For me, available-light photography was preferable to that of using auxiliary lighting sources,” he told Jerry Jazz Musician in a 2002 interview posted online.

Ambient light “brought life to the images,” Mr. Tanner said, and “the movement and slightly out-of-focus, grainy quality all added to the emotional impact of the work.” He added that “when a musician really got into something special, I was often able to capture it. That is what brought great pleasure to the work. It essentially was an improvisation in the visual that went along with the improvisation of the music.”

Born in New York City, Mr. Tanner was the only child of Vladimir Chenkoff and Enid Tanner. His mother was a milliner and his father was an artist who created posters for the movies of directors Charlie Chaplin, John Ford, and Howard Hawkes. They divorced when Mr. Tanner was young and he moved with his mother to Boston.

“My exposure to live jazz was at the downtown RKO Boston theater,” he wrote in the “Images of Jazz” introduction. “I would pack a lunch so that I could spend the whole day there, watching show after show with delight.”

A job at Lord & Taylor took mother and son back to New York, where Mr. Tanner graduated from Stuyvesant High School and from New York University with a bachelor’s degree in engineering. He spent two years doing research in the US Army and graduated with a master’s in metallurgy and materials science from the University of Pennsylvania in 1958. Jobs took him to Chicago and to Boston, “where the jazz scene was bustling,” he wrote.

There was Connolly’s Stardust Room in Roxbury, and The Jazz Workshop and Paul’s Mall on Boylston Street. Jazz even found its way into the Combat Zone. “There was a sudden clampdown for a period in 1963 on all of the strip joints,” he recalled in the 1996 Globe interview. “For about six months, the clubs had jazz bands alternating with strippers who didn’t really strip. . . . When I came in with my camera the first time, I remember them telling me ‘You can’t take pictures of the girls.’ ”

“I look at photographs he shot with this Mamiya twin lens reflex, and you figure, he was hand-holding this in these dark clubs,” said his daughter Lisa Tanner, a photographer in Los Angeles. “It’s pretty amazing he got the shots he did.”

In the early 1970s, his scientific work took him to laboratories in California, where he lived the rest of his life.

In addition to his daughter, he leaves his wife, Linda Brandt Boam Tanner; another daughter, Dina Hausman of Trumbull, Conn.; and a granddaughter, along with stepchildren and step-grandchildren.

Down Beat magazine began publishing his work in 1958. His photos also appeared in publications such as Rolling Stone, American Photo, and Popular Photography, along with the jackets for record albums and CDs.

Mr. Tanner published three additional books: “Dizzy,” in 1994, which marked the 75th year of trumpeter and composer John Birks Gillespie; “Images of the Blues” in 1998; and “The Jazz Image: Masters of Jazz Photography,” in 2006.

“First and foremost he was a fan of the music, and that’s why I think he gravitated toward photography,” his daughter Lisa said. “He loved jazz photography.”