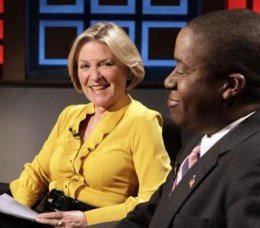 After 18 years, Emily Rooney is stepping down as host of WGBH’s nightly news and opinion show “Greater Boston,” and will instead focus on “Beat the Press,” the weekly program she also moderates, the station announced Thursday.

In addition, Rooney, the daughter of the late great Andy Rooney, will become a “special correspondent” to WGBH News and continue to appear regularly on 89.7, WGBH’s radio station.

“When I came to WGBH in 1997, I was an on-air rookie tasked with shaping a nightly news and public affairs show that would be accessible to everyone,” Rooney said in a statement. “I’m proud of the program we’ve fine-tuned over the years and grateful to WGBH for giving me the chance to reinvent myself. It all happened in large part due to the loyal and dedicated staff who have stayed with the show all these years.”