Frustrated with the vapid quality and hyper-commercialization of TV programs her children watched in her Newton home the late 1960s, Peggy Charren helped found Action for Children’s Television, a grassroots organization that brought about landmark legislation and sweeping changes in programming for young viewers.

A book-loving mother whose efforts earned her a Presidential Medal of Freedom, and comparisons to Ralph Nader as a consumer rights activist, Ms. Charren died Thursday in her home in Dedham. 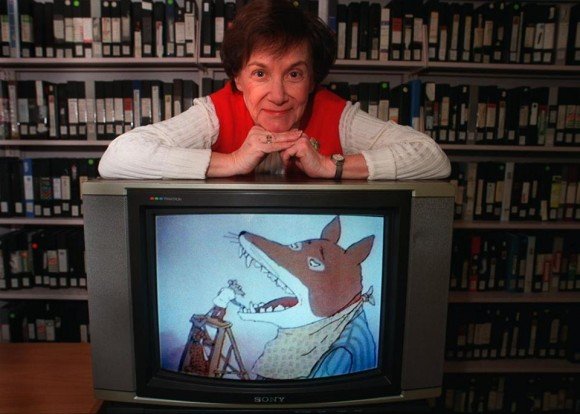 Ms. Charren, who was 86, had suffered from vascular dementia for several years, according to her daughter, Deborah Charren Diehl. She had been living at NewBridge on the Charles, a Dedham retirement community, with her husband, Stanley, a retired engineer and businessman.

US Senator Ed Markey, a longtime friend and political ally, called her “the principal defender of children’s television in America” and “a conscience sitting on the shoulder of every commercial broadcaster.”

She was, he said with palpable emotion, “a warrior, but a happy warrior,” the kind of advocate-witness who would bring along Big Bird to a Capitol Hill committee hearing where she was testifying.

“Peggy Charren was small in stature but in nothing else,” Jonathan C. Abbott, president and chief executive of public broadcaster WGBH, said in a statement. “She took on the giants of the commercial television industry in the 1970s and brought about substantive programming and legislative changes that bettered the lives of millions.”

By any measure, Ms. Charren was a change agent, albeit an unlikely one. In 1968, when she first gathered a group of like-minded parents at her home outside Boston, the lineup of children’s TV shows looked strikingly different from how it would in the coming years and decades.

There were no widely available cable channels then, the airwaves dominated by the three major networks (ABC, NBC, CBS) and public television. “Sesame Street” was still a year away from its debut. Cartoon shows ruled during the morning hours, their educational value questionable at best, and cartoon-themed breakfast cereals and toys were noisily hawked during commercial breaks – often by the shows’ hosts themselves.

“Wall-to-wall monster cartoons” is how Ms. Charren described the bleak programming landscape her own two young daughters were tuning into. She helped create a nonprofit group, which christened itself Action for Children’s Television, “action” being the key word.

At its center stood Ms. Charren, a diminutive granddaughter of Jewish immigrants from Germany and Russia, who firmly believed that children’s programming, like libraries, should contain a rich variety of offerings, including at least a few that promoted early-childhood learning.

Politically liberal and boundlessly energetic, she also believed one person or small group could bring about meaningful change, even to a powerful, bottom-line industry like network television.

Doggedness leavened with uncommon wit and charm (her favorite term of endearment was “pumpkin”) became her calling card. She stalked the halls of Congress, marched on the Federal Communications Commission’s offices, and talked her way into meetings with network officials unaccustomed to hearing from suburban moms directly. Many came to value her as a personal friend as well as a thoughtful industry critic.

“She’d get in the door of the most powerful people and make her case for whatever she was fighting for,” recalled WGBH director of constituent communications Cynthia Broner, who worked for Action for Children’s Television in the early 1980s. “Peggy taught us all never to be fearful. Wherever she went, it was like the queen was visiting. She was classy, but also frank and unfettered, and nobody could put together a sound-bite like Peggy could.”

The organization’s campaign gained steam by seizing upon one tiny clause in the 1934 Federal Communications Act, which required broadcasters using the public airwaves to “serve the public interest” if they wanted to keep their licenses. Ms. Charren’s grassroots group, which grew to 20,000 members, insisted that federal authorities and network executives take that mandate seriously. It also formed coalitions with educators, religious groups, pediatricians, and other stakeholders to press its case.

In the 1980s, during the Reagan administration, the FCC removed many of the regulations that had been put in place to guard against the over-commercialization of children’s shows. Markey, then chairman of the House of Representatives’ telecommunications subcommittee, was, like Ms. Charren, deeply disheartened. FCC officials, he recalled, publicly declared that these shows “should be dictated by the marketplace” and not by advocates like Action for Children’s Television.

“Peggy and I spent the next six years plotting to put those rules back on the books,” he said. Over time, he added, “the impact she had was amazing. And she enjoyed the irony of using the media to counter media opposition to quality programming.”

Her organization’s ongoing campaign culminated in passage of the Children’s Television Act of 1990. It required stations to air programming specifically designed to educate children, while sharply limiting the number of commercials that could air during these shows. No longer were hosts free to peddle toys and sugar-coated cereals, either.

Action for Children’s Television disbanded two years later, after Ms. Charren concluded that its work was largely done. “Let the big organizations with the numbers and the money take over,” she told supporters at a farewell news conference in 1992. She became a visiting scholar at the Harvard Graduate School of Education and a familiar figure on the lecture circuit, promoting, among other causes, media literacy in general.

By 1997, the FCC had reversed course and toughened its licensing rules. Broadcasters were now required to devote at least three hours per week to educational programming. That year, Ms. Charren was appointed to a White House commission on digital TV broadcasting and the public interest, turning her attention to an Internet-driven future.

Born Peggy Walzer on March 9, 1928, Ms. Charren was raised in a Jewish family living on New York City’s Upper West Side. Her grandfather, a physician, took care of many economically disadvantaged patients, an example of selflessness that filtered down to other family members. Her father was a furrier, and her mother a talented pianist who gave up a music career to raise the couple’s two daughters, Peggy and Barbara.

After graduating from Connecticut College, where her roommate was Estelle Parsons, who would later become an Academy Award-winning actress, Ms. Charren worked in the film department of WPIX-TV in New York. In Newton, she directed the town’s creative arts council and ran a company that organized children’s book fairs.

“The big thing my mother gave me was a love of books, especially children’s books,” says her daughter Debbie, a retired schoolteacher and reading specialist in Northampton. “She brought her love of kid’s literature to her work as a children’s television advocate.”

Ms. Charren and her allies periodically faced criticism that they favored censoring, or even eliminating, children’s shows they did not like. She vehemently disagreed, friends and colleagues say, and believed deeply in free speech and First Amendment principles.

“The secret to Peggy’s success was, she’d never say, ‘Take it off the air,’ ” Broner said. “ACT was never about censorship. It was about creating choice.”

Even when under fire from her opponents, Broner added, she mostly earned their affection, if not their support. One prominent critic, a network president, “thought Peggy was the cat’s meow,” Broner said with a laugh.

As recently as a decade ago, she waded back into the fray after a WGBH-produced children’s series came under attack from conservatives, notably US Department of Education Secretary Margaret Spellings. The show, “Postcards from Buster,” featured an animated bunny traveling the country to visit with real-life children in a variety of familial settings.

After several episodes aired, including one featuring a Muslim girl, another an Orthodox Jewish family, hate mail poured into the WGBH offices, according to Brigid Sullivan, the station’s vice president for children’s media. One episode proved even more controversial, though. It featured a Vermont girl who had two mommies. Funding for “Postcards” was yanked by the Department of Education, one of the show’s underwriters, and many PBS stations refused to air the episode altogether.

“Peggy did not hesitate to stand up and protect a worthy show,” Sullivan recalled. “She was willing to publicly fight for me and my producers, which was pure Peggy.”

Widely honored for her work, Ms. Charren received Emmy and Peabody awards and, in 1995, the Presidential Medal of Freedom. She was awarded honorary degrees from more than a dozen universities and recognition from many other institutions and organizations, including the American Academy of Pediatrics, Annenberg Public Policy Center, and the International Women’s Forum.

She also wrote or cowrote a pair of books, “Changing Channels: Living (Sensibly) with Television” and “The TV-Smart Book for Kid,” while serving on numerous boards, local and national, among them the Carnegie Commission on the Future of Public Broadcasting, Library of Congress, National Science Foundation, National Women’s Political Caucus, American Repertory Theatre (she and her husband were avid theatergoers), and Massachusetts Civil Liberties Union.

Perhaps her strongest and most enduring institutional tie was to WGBH, where she served as both an overseer and trustee, helping shape such popular programs as “Arthur,” “Zoom,” “Degrassi Junior High,” and “Where in the World is Carmen Sandiego?”

A memorial service will be announced. WGBH plans a celebration of Ms. Charren’s life and work later this year.

Until a few years ago, she remained an indomitable, and quotable, force of nature. A 1998 Globe profile captured her in full Peggy mode. When she died, she told the reporter, her tombstone might well read: “She was a sound-bite.”