After leaving the Providence Journal in 1970 to be a moderator and editor at WGBH-TV in Boston, Joe Day immediately earned respect for his insight and tenacity.

As a member of Channel 2’s “The Reporters” team, Mr. Day refused to take no for an answer that December when the Massachusetts Consumer Protection Division announced that several gasoline stations were selling the identical fuel at varying prices, but would not reveal which ones.

“I thought, ‘What the hell kind of consumer protection is that?’ ” Mr. Day told the Globe in 1971. In the month that followed, he called 18 gasoline companies, twice each, to ask if they were the offenders, and repeatedly asked the state when the names would be released.

“I, for one, intend to follow this story to the end,” Mr. Day told his viewers, and his persistence paid off when the state attorney general’s office announced the names. 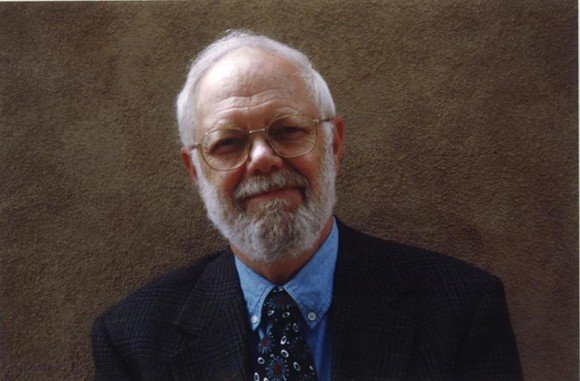 Mr. Day, who later was a chief political and citizen affairs correspondent and editor at Boston’s WCVB-TV and WHDH-TV from 1973 to 1992, died March 8 after a heart attack in his winter home in Princeville, Kauai, in Hawaii. He was 78 and had lived in Santa Fe since leaving Boston.

“Joe was inspirational as a person and as a journalist, and there was a calm sense of mission about him,” said David Ropeik, one of Mr. Day’s former colleagues at Channel 5. “He wanted the most competitive beat at the time — politics and government — and he deserved it.”

Former WCVB-TV Channel 5 reporter and commentator Clark Booth called Mr. Day “a damn good newsman who was great meeting deadlines and a superb writer. He had an instinct for the soft underbelly of a story. There was a fundamental decency about him, and although he may have been the quietest guy in the room, he was most likely the smartest.”

The recipient of several awards, including New England Emmys for coverage of the Massachusetts Democratic Convention and the funeral of Connecticut Governor Ella Grasso, Mr. Day was the son of Alice (Alexander) and Price Day, a Pulitzer Prize-winning journalist at the Baltimore Sun.

“Joe had a curiosity about the people he covered, whether it was a presidential candidate or, later after moving to Santa Fe, telling the story of a parking lot attendant,” said his wife, Nancy. “He was still reporting until his death for our radio station in Kauai about the opening of a biofuel plant.”

Born in Fort Lauderdale, Fla., Joseph Day grew up in Baltimore and graduated from Princeton University in 1958 with a bachelor’s degree in English.

His three brothers also worked as journalists, including his late sibling, Tony, an editorial page editor at the Los Angeles Times.

Mr. Day’s entry into newspaper work began with a bus ticket. “Joe had just returned from Army service in Germany,” his wife said, “and he wrote a letter to the editor of the Milwaukee Journal, who told him if he was ever in the area to drop in, with no promise of a job.”

When Mr. Day sent the letter, he was two years out of Princeton and back in Baltimore. He immediately hopped a bus to Milwaukee and was hired in 1960. Then, from 1963 to 1970, he was assistant state editor and a reporter at the Providence Journal.

“I think his family was surprised he made the move to television,” his wife said, “but it was something he wanted to try.” She added that he “felt that he would have an even stronger connection with the public.”

Mr. Day met Nancy Crichton, an artist, on the beach in Ocean City, Md., when she was a student at Ohio Wesleyan University. They married on Sept. 20, 1961. The couple and their children lived in a Colonial-era farmhouse in Marlborough when he worked in Boston.

“Joe was pensive and thoughtful in his interviewing, which was more conversational than confrontational,” recalled Massachusetts Secretary of State William Galvin. “It wasn’t show biz with him, but he made his point and never let you off the hook.”

Mr. Day’s award-winning reports ranged from documentaries on the deaths of asbestos workers in Massachusetts to safety concerns at Logan Airport, the return of a slain soldier from Vietnam, and the New England fisheries crisis.

Globe columnist Scot Lehigh was on the political beat for the Boston Phoenix when Mr. Day was covering the 1988 presidential campaign of Michael Dukakis for Channel 7.

“On the night of the returns, Joe went on the air and reported that Ohio had gone to George Bush and that there was no real path to the White House for Dukakis at that point,” Lehigh recalled. “He was the first local reporter to make the call, and that was Joe, way ahead of the pack.

“No matter what his assignment, he was persistent and fair and asked the tough questions when he had to, but never in an egotistical manner.”

Mr. Day left Boston and moved to Santa Fe to change his lifestyle, according to his son Matthew of Harvard.

“He felt the nature of the business was changing, and his brother Tom lived and worked there as a journalist, but what did not change was dad’s overriding interest in people from all walks of life,” Matthew said. “That defined his career and how he viewed the world.”

From 1993 through 1998, Mr. Day was an adjunct professor at the College of Santa Fe, where he advised the student newspaper. He also taught at the University of New Mexico from 1993 to 2000. He was a moderator and producer for KNME-TV, a PBS affiliate in Albuquerque, from 1994 to 2000, and he formed his own company, Daylight Productions, for which he was a documentary producer, writer, and narrator.

In addition to his wife, son Matthew, and brother, Mr. Day leaves another son, Peter of Corvallis, Ore.; a daughter, Sarah of Longmont, Colo.; another brother, James of Berkeley, Calif.; and seven grandchildren.

This summer, Mr. Day’s ashes will be spread off Block Island, R.I., one of his family’s favorite vacation destinations. A celebration of his life in Santa Fe will be announced.

In an interview last June with the Princeton Alumni Weekly, Mr. Day said that “journalism is good for my brain. I’m still curious.” Although his career at one point included getting to eat meals prepared by celebrity chef Julia Child when both were at Channel 2, he said that “what I’ve tried to do all along is to report about real people. I don’t call them ‘ordinary’ because nobody’s ordinary.”

More than a half-century after landing his first reporting job, he could still stay “I love this work,” and retained his belief in the profession.

“We need reporters — people to go out and try to find out what’s going on as best they can, so they can tell other people.”