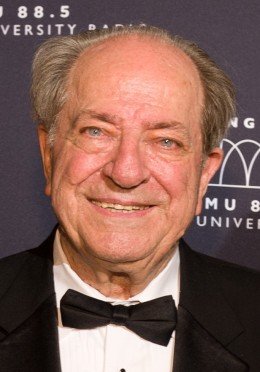 Don Quayle, who got NPR off the ground as its first president in 1970, died April 17 of complications from brain surgery at a hospital in Silver Spring, Md., according to the Washington Post. He was 84.

Quayle kick-started NPR at a time when television was the innovative medium of the day, not radio. At the time, the presidency of NPR was a job “nobody particularly wanted,” said Jack Mitchell, Quayle’s first hire at NPR and a professor at the University of Wisconsin-Madison.

Quayle’s vision for NPR was to provide “excellence and diversity to noncommercial radio,” he said in a 1971 Billboard article.

He did that, in part, Mitchell said, by acting as the “adult figure” at the network, hiring a “highly creative group of young people” that would shape the direction of NPR and go on to create All Things Considered under his tenure, which lasted until 1973.

“He had no great vision of what the programming should be . . . [NPR] became a highly creative and fluid organization,” Mitchell said. “In the beginning, it could have been almost anything. He didn’t dictate anything. He allowed people to try things.”

“He provided the structure within which we could work effectively,” said Bill Siemering, who worked under Quayle as NPR’s first programming director, in an email. “He was patient during the first rocky months of starting All Things Considered and his trust that it would get better was invaluable.”

“He got [NPR] going,” Mitchell said. “And given the very weak state of educational radio [at the time], just getting it going was amazing.”

NPR was “very fortunate that we had him as the first president,” Mitchell said.

Before getting tapped to lead NPR, Quayle worked for CPB not long after it was established by the Public Broadcasting Act of 1967. Before that, he helped establish what would later become Utah Public Radio as a student at Utah State University in Logan. He then went on to be a program manager at WOSU in Columbus, Ohio, and station manager at WGBH in Boston, according to the Herald Journal. Before working at NPR, he also worked at the Eastern Educational Network.

After leaving NPR in 1973, he rejoined CPB as a senior vice present and went on to become vice president for administration at WETA in Arlington, Va., before retiring in 1989, according to the Post.

Mitchell described Quayle as “quite thoughtful and very warm.” “I always said, if you ever have a flat tire on the Pennsylvania Turnpike at night in the rain, give him a call,” he said. “He’ll come fix it.”

Quayle is preceded in death by his wife Yvonne Rich, the Post said, and is survived by five children: Sharla Hellie, Debra Quayle, Karen Hall, Kathleen Specht and Bryce Quayle; a sister; 13 grandchildren; and 10 great-grandchildren.

The first president of National Public Radio has died. Don Quayle was 84 years old. He had a long career in public broadcasting — both television and radio. NPR’s Susan Stamberg reflects on his impact.

Don Quayle gave me my first radio job. It was the early ’60s and he was head of the Educational Radio Network — the precursor of NPR — a skinny little network of 12 East Coast stations that developed a daily drive-time news show. He hired me to help produce it. When this national network arose, he was an obvious choice to run it.

Don was principled, decent and astute. In the euphoric tumult of our first years, he navigated the choppy seas of building a public radio system. He knew NPR had to serve you, our listeners, above the competing needs of stations, boards and funders.

Putting the network’s first program, All Things Considered, on the air in 1971, he presided over a dedicated and scrappy staff, and always said his job was to build a structure in which creative people could flourish.

Today’s NPR goes far beyond the structure that Don worked to establish from 1970 to 1973. It’s now grown to 900-plus member stations — a giant leap from the original handful. And All Things Considered is the first of many programs NPR now produces. But the systems and sensibility he put in place (and yes, even some of the people) continue to flourish, thanks to his initial guidance.

Five years ago, Utah State University, his alma mater, presented Don with an honorary doctorate of humane letters for his “significant contributions” to public broadcasting. He was as thrilled about that as he was when he first saw the snazzy new Washington, D.C., headquarters in which we now work.

He was warm and kind in his enthusiasms. At the heart of them, in addition to his family, was his belief in the work you hear, here, every day.