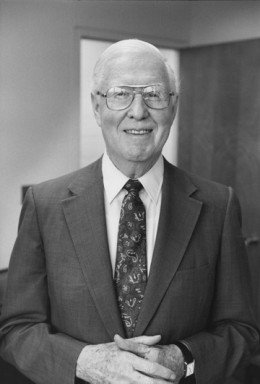 One day in August 1958, a giant machine was rolled through the studio and into the new “videotape room.” It was the first Ampex “quad” tape recorder, using the new and revolutionary 2-inch magnetic tape.

After several weeks of tinkering, the first test of the machine was a recording of Jean Brady (later, Moscone) (later, Jolly) playing the piano. But the equipment didn’t have its first on-air use until Tuesday, November 11 (Veterans Day), the day after Rodgers and Hammerstein’s Boston premiere of “Flower Drum Song” in its pre-Broadway tour.

Tuesday evenings at 6:45, traditionally, we presented “Elliot Norton Reviews” his live, weekly, drama review show, which had premiered that September. Broadway shows often opened “out of town” in Boston or Philadelphia. After a Monday evening opening, Elliot would usually ask the author, director and a star or two to join him the next evening on his program.

“They came into the studio and taped a half-hour show with Rodgers at the keyboard and Elliot and Hammerstein standing behind the piano.”

The morning of the 11th, the press agent for “Flower Drum Song” called and said Rodgers and Hammerstein would be unavailable that evening. I immediately suggested that R&H might come in the afternoon, and we would tape the show. I called the engineering department, and Larry Messenger said we would be ready to do an on-air show for the first time.

At 2 o’clock, the limo with Rodgers and Hammerstein pulled up in front of 84 Mass. Ave. We brought them upstairs. I put on their makeup (I was a jack-of-all-trades in those days, as were our entire BU crew staffers and grads). They came into the studio and taped a half-hour show with Rodgers at the keyboard and Elliot and Hammerstein standing behind the piano. 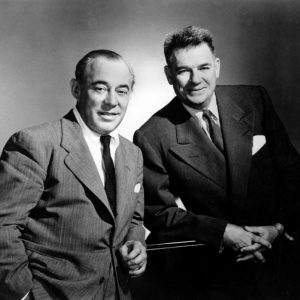 FILE – In this Dec. 2, 1956, file photo, composer Richard Rodgers, left, and lyricist Oscar Hammerstein II, pose for a photo. A biography of Rodgers and Hammerstein, written with the cooperation of the late Broadway team’s publishing arm, will be come out in 2018. Henry Holt and Company announced Monday, June 29, 2015, that Todd S. Purdum’s book, Rogers and Hammerstein, also will draw upon materials recently made available at the Library of Congress. (AP Photo/File)

After the taping, we invited the entire staff downstairs for milk and cookies with R & H. While the strains of “Victory at Sea” played over the PA system (courtesy of Wil Morton), the WGBHers mingled and shook hands with our guests.

Then, I asked R & H if they’d like to see the show. “Don’t you have to develop it?” asked Rodgers. [Remember, in November 1958, no one had yet seen the magic of videotape; VHS, Betamax, DVD’s were still decades away, and the public stations were among the first to acquire the Ampex device.]

I brought them into the room with the one machine, sat them on the two stools in the room, and Larry pressed the play button. Their jaws dropped! At the end of the showing, Hammerstein said, “You know, Dick, the next time we do ‘Cinderella’, we’ll never have to do it again!”