On March 11, 2013, WGBH Media Library and Archives’ Archives Manager Keith Luf and Digital Archives Manager Michael Muraszko loaded 7,010 tapes from the WGBH vault onto 12 palettes, which were then shipped via an 18-wheeler to be digitized at Crawford Media Services in Atlanta, Georgia for the American Archive of Public Broadcasting.

Only a few months later would the WGBH MLA in collaboration with the Library of Congress be selected as the permanent home for the American Archive collection, an initiative to identify, preserve, and make accessible as much as possible the historic record of public media in America. 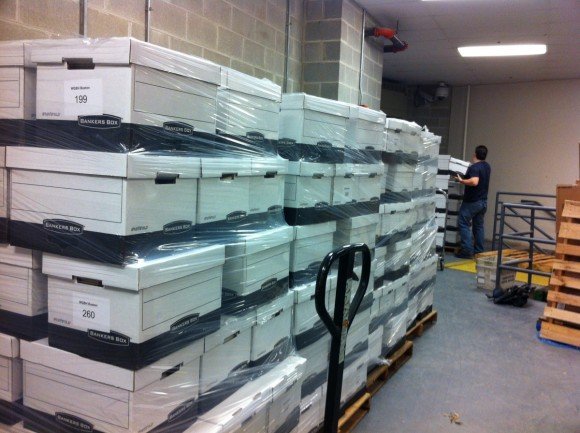 WGBH’s tapes were stored in 306 archives boxes, totaling 459 linear feet (longer than 1 1/2 football fields!) and comprising more than 6,400 hours of content. In many cases, the archives staff knew only the program title of the tapes — they often knew nothing about the recorded participants.

The content dated back as early as March of 1947 and was as recent as 2005. The MLA sent material on 15 different video and audio tape formats, the majority of which had exceeded the manufacturer’s intended lifespan. MLA’s Keith Luf compared the situation to a child’s 18 year old cat, which everyone knew wouldn’t — and couldn’t — be around much longer. 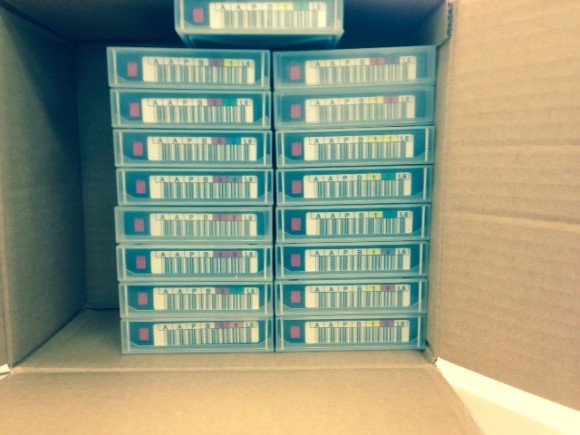 And with the digitized material came a new ease of accessibility — the MLA staff have been able to easily watch or listen to the digital files and discover content they never knew had been sitting in the vault for all these years.

Among the new discoveries includes a 1967 10-minute monologue by American historian and activist Howard Zinn on the social unrest of the times; a recorded speech given by JFK in either 1962 or 1963 at the Armory in Boston; and a 1975 video recording of a cello class taught by Harvard professor Mstislav Rostropovich, who during the recording asked a graduate student in his class “What kind of a name is Yo-Yo?”

As additional funding has become available, the MLA has recently coordinated with Crawford on the digitization of 800 more hours of 3/4″ videotapes and 1/4″ audiotapes, which will be shipped out next week.  Who knows what we’ll find next!?