From the Valley News, Hanover, NH 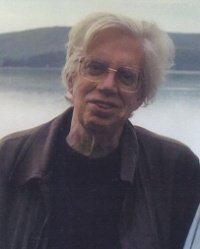 Theodore Richards Conant, the documentary filmmaker and technology consultant, died on Wednesday, October 14, 2015, at his home in Hanover. He was 89 years old.

Mr. Conant developed an early interest in radio and was an avid ham radio operator as a teenager. While still a student at the Putney School in Vermont, he made his first film with he help of the pioneer American filmmaker Robert J. Flaherty, who made the first successful documentary, Nanook of the North.

During World War II, Mr. Conant was recruited by the Merchant Marine at age 17 due to the dire need for skilled radio officers. After the war, he remained in Asia for a year and developed a lifelong interest in the culture, history, and nascent film history of Korea.

When he finally returned home from the war, he learned Flaherty was working on The Louisiana Story and secured a position on the film crew. After graduating from Swarthmore College in 1951 with an honors degree in Economics, he returned to Asia to make a United Nations funded documentary about the plight of ordinary civilians during the Korean War.

Drawing on footage taken during that period, he went on to make a number of documentaries. The most important, Children in Crisis, which portrayed the devastating effects of the long conflict on Korean children won the award for best documentary at the Berlin Film Festival in 1955.

During the 1960s, Mr. Conant went on to become a guest director at the National Film Board in Montreal, Canada, and later joined WGBH Educational Foundation in Boston, Mass.

Later, he worked as a technology consultant with Peter C. Goldmark at CBS Laboratories in Stamford, Conn., and James D. Wolfensohn at Shroders investment bank in New York.

Mr. Conant was the son of Jams Bryant Conant, the President of Harvard University and administrative director of the Manhattan Project. His mother, Grace Richards Conant, was the daughter of Theodore Williams Richards, who won the Nobel Prize in Chemistry in 1914. He is survived by his wife Ellen, and two children, James and Jennet, and one grandson.

To view an online memorial and or send a message of condolence to the family, please visit www.rand-wilson.com

Ted worked on several special projects for WGBH under the direction of then President, Hartford Gunn, and for a time was the Manager of WGBX-TV, Channel 44. He was a good fellow, always willing to help others, and a kind friend to many in Public Broadcasting.