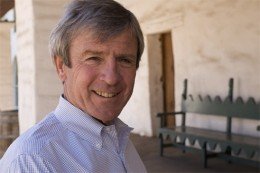 What fun to see many of you at the reunion in May. Friendships renewed, memories surfaced, and a deeper appreciation of the team approach that made WGBH such a winner.

I believe most people in every department felt they played a role in getting the shows on the air. And they did. It was the sense of team that provided the  WGBH edge, permeating everything and making the station the #1 PBS supplier.

Since 2013, I have been producing, for free, a series of three one-hour programs about a largely unknown, but fascinating,  part of American history, called West of the West: Tales from California’s Channel Islands

California’s eight Channel Islands lie west of what is traditionally regarded as America’s frontier. In fact, they are our western frontier.

They are as much a part of our country’s history as Bunker Hill, the Civil War, and The Great Depression. Yet, their story, including that of the oldest known site of human habitation in all of North America, is virtually unknown.

Our films bring this “ignored” history to life … important for all Americans to understand and particularly valuable for young people as we are delivering a new body of knowledge for them to learn and consider.

With a few of us working for free and 90 years of combined experience, we are creating three films of Ken Burns/American Experience quality levels for under $400,000 total. No overheads.

Even with our successful Kickstarter campaign, which is running out of time, we still need to raise the final $40,000, so I ask that you consider a pledge to our campaign. The KS site makes for an interesting read with some engaging film clips:

I’ll be deeply grateful to anyone who can help push this along and for the part WGBH played in my life.

West of the West, Tales from California’s Channel Islands, is former development staff member Sam Tyler’s latest film. The 8 Channel Islands form a 168 mile archipelago 30 to 60 miles offshore, stretching from Santa Barbara to San Diego. The oldest known human remains in North America are on Santa Rosa Island. San Nicolas Island was where The Lone Woman lived abandoned from 1835 to 1853, becoming the inspiration for the book “Island of the Blue Dolphins”. 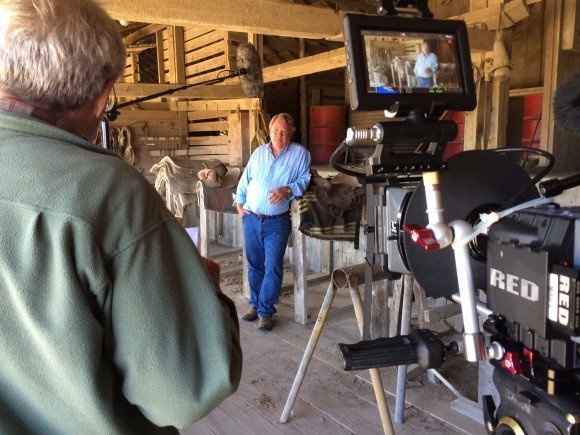 Tim Vail (picture) is the last member of a ranching family than ran up to 7,000 head of cattle on an island 26 miles at sea for most of the 20th Century.

Check out the musician Joe Walsh on the Facebook page. This is a largely unknown part of American history. Premiere 2016. offered to PBS stations via KRCB.