On Twitch Creative, artists get an audience 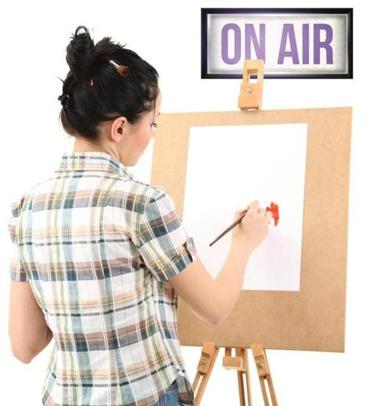 Since launching in 2011, Twitch, the massive live-streaming video platform acquired by Amazon for nearly a billion dollars in 2014, has primarily been understood (blame the tagline) as “social video for gamers” — that is, a place for gamers watching other gamers game. (And, skeptics, speaking as a man who’s spent a considerable micro-percentage of the past three decades happily watching people other than myself play “Zelda,” from my pre-Web adolescence all the way up to last week on the sofa with hubby, I can and will attest to the actual entertainment value in this.)

But a growing portion of Twitch’s 100 million-plus monthly viewers aren’t just logging on to watch the hordes battling through “League of Legends” or “Counter-Strike: Global Offensive.” They’re also quite into knitting and watercolors.

Last October, Twitch launched a new vertical, landing page, whatever — simply titled “Creative.” As the company observed more and more of its 1.7 million monthly broadcasters breaking terms and live-streaming non-gaming activities, the site’s Rules of Conduct were revised to permit such broadcasts, and the Creative page was created as a way to corral and showcase this growing sect of the usership.

Creative celebrated the launch by hosting an authorized series-long marathon of Bob Ross’s instructional PBS program “The Joy of Painting.” Similarly, last week, a marathon rebroadcast of Julia Child’s “The French Chef” marked the launch of twitch.com/food, a 24/7 platform for livestreamed cooking (a realm also under exploration by some YouTube vets with the newly launched Nom network).

Read more at the Boston Globe