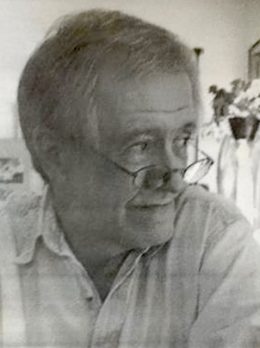 Once he learned I had concentrated in Classics in college, he would discuss some aspect of Latin or Greek literature with me every time we ran into each other on the elevator or scene dock. It was always a treat to meet him.

Competent… creative…calm….inventive… savvy…sensible… responsible… those glasses somehow perched on the end of his nose…and with a highly developed appreciation of the absurd, Jim helped countless people turn their ideas for good television into reality. He was one more reason why WGBH was able to do such great stuff. Rest well, Jim, and thanks.

Jim was quiet. I worked with him and asked for advice on assembly of scenes at 419 Western Avenue when I used to put together sets for Julia Child. Co Bennet and Fran Mahard kind of took me under their wing and Jim was my mentor when I needed anything or direction. As you say he never spoke that much but he was a great guy. If you asked for help he never refused, and always helped with a smile. He will be missed. My condolences to the family.