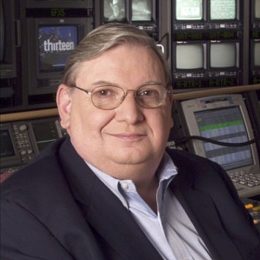 William Grant, an influential producer at both WNET and WGBH, died Sunday in Atlanta of complications from pneumonia. He was 72.

During his long career Grant won 13 Emmys and eight Peabody Awards.At WGBH in Boston, Grant was executive editor of Nova from 1985–95 and managing editor of Frontline from 1983–85. He joined WNET in New York City in 1997 and spent 16 years there as executive director of science, natural history and features, bringing such groundbreaking shows as Frontier House and African-American Lives to air.

Fred Kaufman, executive producer of Nature, worked with Grant for years. “I have so many fond memories of sitting with Bill in some nondescript convention hotel, sipping martinis and solving all the world’s problems,” Kaufman told Current. “He was my boss for many years but he never acted like one. He was a friend first and foremost.”

In 1991, Grant helped found the Jackson Hole Wildlife Film Festival, considered the Oscars of documentary conservation and nature film. Grant was chairman emeritus of the festival board at the time of his death.

“His impact was indelible and his leadership was very much a reflection of what he was as a human — insightful, wry, intelligent and always a true Southern gentleman,” said Lisa Samford, executive director of the festival.

Grant retired in 2011 and moved from New York to Atlanta to be near family.

Visitation will be 6–8:30 p.m. Friday at H.M. Patterson & Son Funeral Home in Sandy Springs, Ga. Funeral services will be 2 p.m. Saturday, with reception to follow, at Northside Drive Baptist Church in Atlanta.

Samford also asks friends and colleagues to share their memories of Grant for a book to be presented to his family. Email her at .

William R. Grant, an award-winning producer of some of public television’s most successful programs, died May 15 in Atlanta of complications from pneumonia. He was 72.

Mr. Grant, who in 2001 was inducted into the Kentucky Journalism Hall of Fame, spent 28 years working in television after 18 years as a reporter and editor for newspapers in Kentucky, Michigan and California.

He won numerous awards over the course of his career, including 13 Emmys and eight Peabody Awards. He was executive editor of the PBS science show “NOVA” and managing editor of the public affairs program “Frontline.” He was executive director of science, natural history and features for WNET, the New York City flagship of public television. He produced many of PBS’s most popular and critically acclaimed series, including “The American President” and “Stephen Hawking’s Universe.”

His work in print journalism, specializing in reporting on educational issues, also was frequently lauded. He won five awards from the National Council for the Advancement of Education Writing, two Charles Stewart Mott education writing awards and the American Bar Association Silver Gavel. Mr. Grant also was a Nieman Fellow in the prestigious program at Harvard University from 1979 to 1980.

In addition, Mr. Grant was one of the founding board members who launched the Jackson Hole Wildlife Film Festival in 1991. He became chairman of the board in 2002, a role he maintained for a decade, when the board agreed to let him retire only if he remained on the executive committee and maintained his position as chairman emeritus. “Under Bill’s leadership, the Festival grew to become the most prestigious event of its genre,” said Lisa Samford, executive director of the Jackson Hole Wildlife Film Festival, where winning an award is considered the “Oscars” of conservation and nature film. “His impact was indelible and his leadership was very much a reflection of what he was as a human – insightful, wry, intelligent and always a true Southern gentleman.”

But Mr. Grant’s proudest achievements came closer to home. In a 2007 interview with WildFilmNews, Mr. Grant said there were only a few things he couldn’t live without. “My children and grandchildren are the joy of my life,” he said, adding wryly, “That, and my big screen HD television.”

Mr. Grant was born on July 5, 1943, in Winchester, Ky. He attended the University of Kentucky, initially planning to become a lawyer before he got the journalism bug, and became editor of the student newspaper, the Kentucky Kernel. In 1965, he became the school’s first student to earn a master’s degree in mass communication. He was named to the University of Kentucky’s Hall of Distinguished Alumni in 2005.

He started his career during a golden age for print journalism. He worked for The Courier-Journal of Louisville, the Lexington Herald-Leader, the Detroit Free Press and the San Francisco Chronicle. The reporting and storytelling skills he honed there held him in good stead when he switched to television, working at WGBH, the Boston affiliate of public television, for two years as managing editor of “Frontline” and 10 years as executive editor of “NOVA.” He joined WNET in 1997, where he was executive producer for important and well-received public television series and specials, including “Savage Skies,” “America on Wheels” and “Knife to the Heart.”

“He knew all the J-school stuff, and how to drill down,” said Tamara E. Robinson, vice president of programs at WNET and Mr. Grant’s boss during his years there. “He was very good writer. Coupled with that, he knew his craft as a television producer.”

Robinson described Mr. Grant as a perfectionist and a voracious reader of history. On the rare occasions when he did not already know a lot about a subject she assigned him to produce a program on, he quickly mastered it and figured out not only the best experts to talk to but the best person to help frame a proposal for a grant.

“He was, bottom line, an absolute joy to work with,” she said. “His staff adored him, and would kill for him. He gave them enough space to be innovative and creative. He also had the most generous heart in the world. If someone was in trouble or needed money, he would quietly try to find out how to help that person, and never seek credit. There is much to admire with Bill Grant.”

When Mr. Grant retired in 2011 and moved from New York to Atlanta, where many of his relatives live, he received an accolade more dear to his heart than any of his professional awards. His older son, Mitchell, noted his dad’s retirement on his Facebook page, and concluded, “If I can have a career half as successful as him, I will retire an extremely happy man.”

His family requests in lieu of flowers that donations be made to the Jackson Hole Wildlife Film Festival, P.O. Box 3940, Jackson, WY 83014.