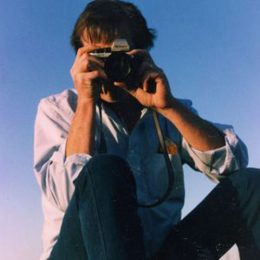 Filmmaker Ken Burns gave this observation . . . “Do not lose your enthusiasm. In its Greek etymology, the word enthusiasm means, ‘God in us’.”

In his seventy-one years Ed Joyce never lost his enthusiasm . . . for life . . . for his family . . . for his work. As an expert animation photographer he worked with Burns on epics such as The Civil War, Baseball and Jazz, important works that not only taught us about our past but who we are as part of the American experience.

Ed’s career in filmmaking began with a company called Education Development Center in Watertown, a company that created educational films. When that closed he opened his own shop on Los Angeles Street in the Nonantum section of Newton called Frame Shop. It was there his career took on a new dimension in the very specialized field of animation photography . . . the ability to create something new and exciting and alive. Other films that he worked on were A Brief History of Time, Mark Twain, New York: A Documentary Film, Eyes on the Prize, Race to the Moon, Chicago: City of the Century, Einstein Revealed, The Congress, as well as work for television and commercials.

He was a longtime member of Local 481 of the International Alliance of Theatrical Stage Employees.

EdwardT. Joyce died Thursday, May 12, 2016 at his Waltham home. He was 71. He was born in Brighton on October 4, 1944, the son of the late Thomas and Helen (Kelly) Joyce. He was raised in Watertown and was a graduate of Watertown High School.

The best part of his life began on September 10th, 1967 when he married his sweetheart, Watertown native Frances M. Maffucci, in Saint Patrick’s Church. The couple lived in Watertown for a time before moving to Framingham where they lived for more than thirty years. They have been Waltham residents since 2001.

In addition to his wife of forty-nine years, Fran, he leaves his children, Thomas E. Joyce of Woonsocket, Rhode Island, Robyn L. Joyce-Morrison of Worcester and Matthew G. Joyce of Waltham; his grandchildren, Ryan Angelico, Christina and Anthony Joyce, Payton and Dylan Morrison; his sisters, Ellen Joyce of Louisville, Kentucky, Patricia Connors of Waltham, Mary Joyce of Aurora, Colorado and Kathleen Joyce of Yorktown Heights, New York and many nieces and nephews.

Family and friends will honor and remember Ed’s life by gathering for calling hours in The Joyce Funeral Home, 245 Main Street (Rte. 20), Waltham on Monday, May 16th from 4 to 8 p.m. and again at 8 a.m. on Tuesday morning before leaving in procession to Saint Patrick’s Church, 212 Main Street, Watertown where his Funeral Mass will be celebrated at 9 a.m. Burial will be private.