Is college worth the money? Is the American dream dead? These are the kind of provocative questions debated on “Point Taken,” a new show on WGBH hosted by Carlos Watson. Unusually, the audience can participate via social media such as Facebook and Twitter. The genesis came from executive producer Denise Dilanni, who says broadcast outlets need to expand their digital reach. 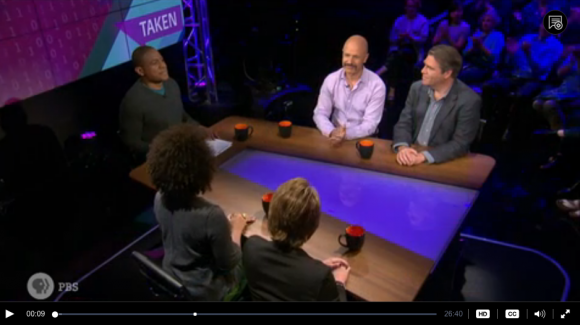 Get involved early, before the broadcast. For the show, viewers can follow “Point Taken” on Facebook, Twitter, and Snapchat (@PointTakenPBS) and can join the debate by sharing the topics, or posting the Twitter poll and explainer video. During the taping, the show hosts a “Facebook Live” segment from the set with Carlos and panelists, giving Facebook fans a chance to directly ask questions or weigh in with their own points.

Producers monitor tweets live and insert the most salient and compelling points into the broadcast itself. This broadcast integration adds texture and depth to the debate and gives those joining the conversation on Twitter a national platform for their thoughts and comments.