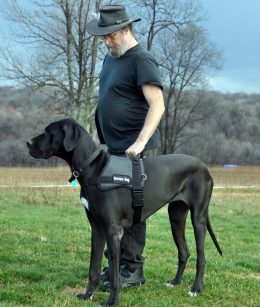 After 3 years as a physics major at Northeastern I dropped out (sort of) and started taking night courses at Harvard Extension. In those days that was a very advanced major essentially only prep for graduate school – there were only 12 freshman physics majors which became 4 in my rotation by Sophomore year.  (NU was and is a co-op school where upper classes are divided into two schedules.)

I found that my high school hadn’t prepared me well enough to be a productive physicist (at 19 I was already too old to start serious work) so, even with fine grades, I had to move on. I decided to take courses which interested me rather than those which would earn a degree.

My girlfriend from NU was working at WGBH during her co-op semesters and she introduced me to the new HR person (who had recently started the department) so I began work in Traffic, picking up the mail each a.m. and even delivering donations downtown to the bank once a week, along with hauling show tapes around.

Her name is Mary Lou Finnegan and one time Ron Della Chiesa took both of us to the Opera. She was quite popular and I hadn’t grown into my reporter’s cynicism and become the curmudgeon 40 years of journalism has made me. When I heard Ron was writing his book I sent him an email and he either did remember me or was kind enough to pretend he did in his reply.

I must say Ron was (and probably still is) a wonderful person as were about 99% of those there.

I did have to stand up to 10 minutes of cursing and berating by one person who yelled at me because one day his newspaper wasn’t in the rack in the hall outside Traffic. The fact that I didn’t handle the papers and had no idea who got which one, nor was I able to see them from where I worked, nor did I have any slight involvement with them didn’t seem to matter, he just went on and on. That was about the only sour note of my entire time there.

I lost that traffic job in part because of him and because I didn’t have a big enough car but was immediately taken on by Buildings and Grounds.

Things were a lot looser in those days and one day I came in to find an old man who looked familiar sitting in the outer lobby. I asked and he said he was waiting to visit someone, so I took Hoagy Carmichael in past reception, I just couldn’t walk away leaving him sitting all alone in the outer reception area. I’m not positive, but I’m pretty certain his son or stepson was working at WGBH.

Another time I also found a door guard sleeping – he was added security from an outside contractor during one auction. After reporting this to my boss, I was threatened by the head of the security company which I also immediately reported. I only mention that because years later I worked for the same security company but the head didn’t recognize me.

I’ll tell the story of one bright and stormy night at an Auction in a separate posting.